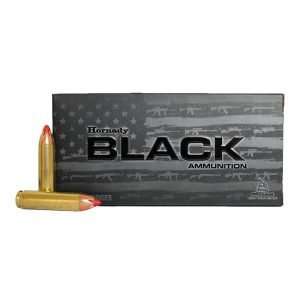 Let’s take a more in depth look at these two hard-hitting center fire, big bore rifle cartridges with the ultimate goal  of ending up with a winner. Which one is better? Let’s take a nose dive and find out.

Check out the ballistics chart below for more information.

Overall, the 45-70 is a flatter shooting cartridge. However, both of them drop considerably (when compared to the flattest-shooting of those currently tested, the 444 Marlin).

Comparatively, the 450 Bushmaster drops about 9″ at 200 yards with the above metrics.

Both calibers will recoil significantly into the shooter’s shoulder. However, it should be said that recoil can be a very subjective thing that actually depends more on other factors than the cartridge itself.

For example, overall weight of the rifle itself plays a big factor, as does the type of recoil management system being used. If you’re shooting a 450 Bushmaster out of an AR-15 it’ll feel better than it will in a bolt action Savage 110.

It’s also a common misconception that a big bullet automatically means more recoil. This is simply not always true, though could be true.

For an example we look to the 325 grain vs 405 grain 45-70 cartridges. Having shot both numerous different times in the same old Henry Lever Action, I can attest to the fact that the lighter bullet recoils harder than the heavier one.

The .45-70 has a rich history. It was developed at the US Army’s Springfield Armory, to be used in the Model 1874 rifle.

Its complete name in its original iteration is .45-70-405. The 45 is the caliber of bullet that took 70 grains of powder to propel. The bullet weighed 405 grains.

This cartridge has been around for more than a century and has been used in more guns and to hunt more big game than almost any other of the big bore rifle cartridges.

A recent development in this cartridge sees its use in an AR-10, and cuts off the rim of the casing itself and calls it the 45-70 Auto, but it has the same ballistics. You can watch a video we recorded with its maker out at SHOT Show a couple years ago, here:

.450 Bushmaster History and Use

The 450 Bushmaster has an interesting bit of history behind it, considering that it’s a relatively newcomer to the whole big bore rifle industry.

One of the most prominent figures in the gun industry is a man known as Jeff Cooper. Cooper was not a fan of the 223/5.56 rounds made popular with the advent of the AR-15 rifles.

He wanted a caliber chambered in .44 or bigger that was capable of stopping big game dead in their tracks out to 250 yards.

This idea of his was called the “thumper.”


The first iteration was made by cutting a .284 Winchester case and calling it the 45 Professional. This cartridge was developed by Tim LeGendre of LeMag Firearms, who then licensed the cartridge to Bushmaster who was in the market for a short-action, big-bore cartridge for use in the AR-15.

They later collabed with Hornady to bring it into production who re-worked some of the specs and eventually renamed the cartridge to what we call it today.

The 450 Bushmaster excels as a defensive cartridge that can also be used to bring home dinner.

The answer to this question is really going to be dependent on you and what you’re looking to do with your rifle. At the end of the day, they’re both very different from each other.

Both cartridges excel at what they’re meant to and are both capable of taking large sized game out to medium distances of about 200 yards.

For me, I’ve owned a Henry in .45-70 that I ended up selling because I needed the money. I have plans to build a .450 Bushmaster carbine, however, just because ammo is available on the shelves right now more so than it is for .223/5.56.

If you haven’t, please check out our sister website, https://ammo2u.com to see our in-stock ammunition database.