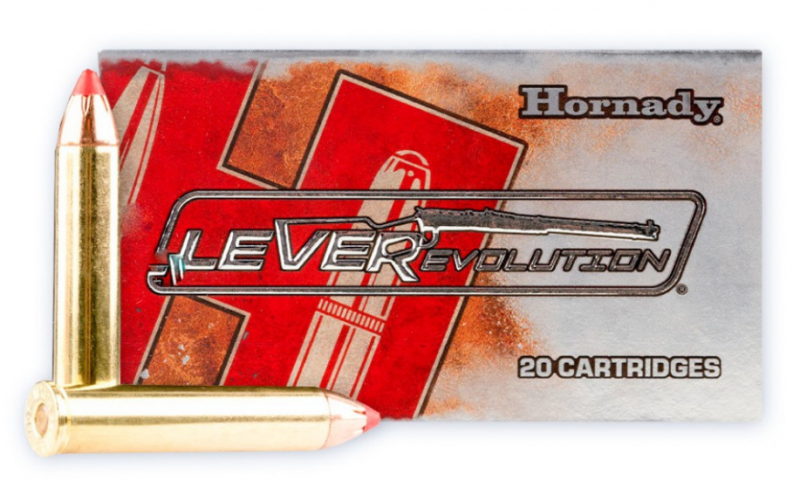 The ultimate hunting caliber, depending on what you’re after of course, depends a lot upon a multitude of different aspects. Both the 444 Marlin and the 45-70 Government are great medium to big game hunting cartridges.

Let’s take a more in depth look at each caliber, the ballistics they offer, as well as some history of each based on the rifle setup we used and the specific rifle cartridge weights. But before we move on, let’s give a brief overview —

Overall, the 444 is the flatter shooting of the two and has less of a drop, overall. The main difference between the two really starts when you begin to stretch them out more, say, past 150 yards.

This effectively means that the 444 is an overall flatter shooting bullet at longer distances. Also not taken into account or shown here is that this ballistics test shows the projectile sizes are on the extreme end for both calibers.

Recoil is one of those things that is hard to calculate because there are a lot more things to consider than the cartridges themselves. There is a lot that can change the way a rifle feels when the shot breaks.

Furthermore, it is a common misconception that a bigger projectile automatically produces more recoil. When I tested a Henry .45-70 rifle, the 325 grain FTX hit my shoulder harder than the 405 grain PPU did.

Below is a modified and shortened version of our ballistics chart on each caliber with the cartridges we’ve been discussing thus far.

To find out more information on each caliber and to see other, more in depth ballistics charts for each, you can find the 444 Marlin here, and the .45-70 here.

What follows here is the rather incomplete and brief history of the .45-70 Gov cartridge. For more information make sure you click on the above links.

The 45-70 can be used to hunt just about any sized game in north America and is a popular for hog hunting in Texas, as well as just about any other animal starting with large deer.

Officially designated the 45-70-405 when produced starting in 1873, this cartridge has an original use for the military, hence the “govt” suffix.

The 45 is for the caliber of the bullet used, the 70 is for the amount of powder used to propel it measured in grains, and the 405 stands for the original bullet weight in grains. We like to recommend snap caps like these from Amazon when practicing with your rifle.

444 Marlin History and Use

The 444 Marlin, on the other hand, is a much newer cartridge being developed in 1964 in a collaboration between Remington and Marlin.

The 444 Marlin offers excellent capability from medium sized animals up to big game and is quite capable of handling just about anything North America can throw at it.

The original rifle offering for this cartridge was the 336 lever action, which still sees a lot of use today.

It all depends on what you’re trying to accomplish. Either cartridge is suitable for medium to big game hunting in North America out to about 200 yards, maybe further if you’re a great shot.

While I prefer the .45-70 Gov to the 444 Marlin, the latter does shoot flatter and is an easier shooting cartridge than the .45-70 tends to be. Ultimately it’s up to you, but I don’t think you can go wrong with either.

One thing to take into account when deciding which rifle cartridge to go with is the availability and price for ammo. 444 Marlin generally tends to be more expensive and can be harder to find, costing an average of about 35-50 cents more per round than 45-70 does depending on the ammunition manufacturer.

Leave your thoughts on which one you chose, in the comments below.