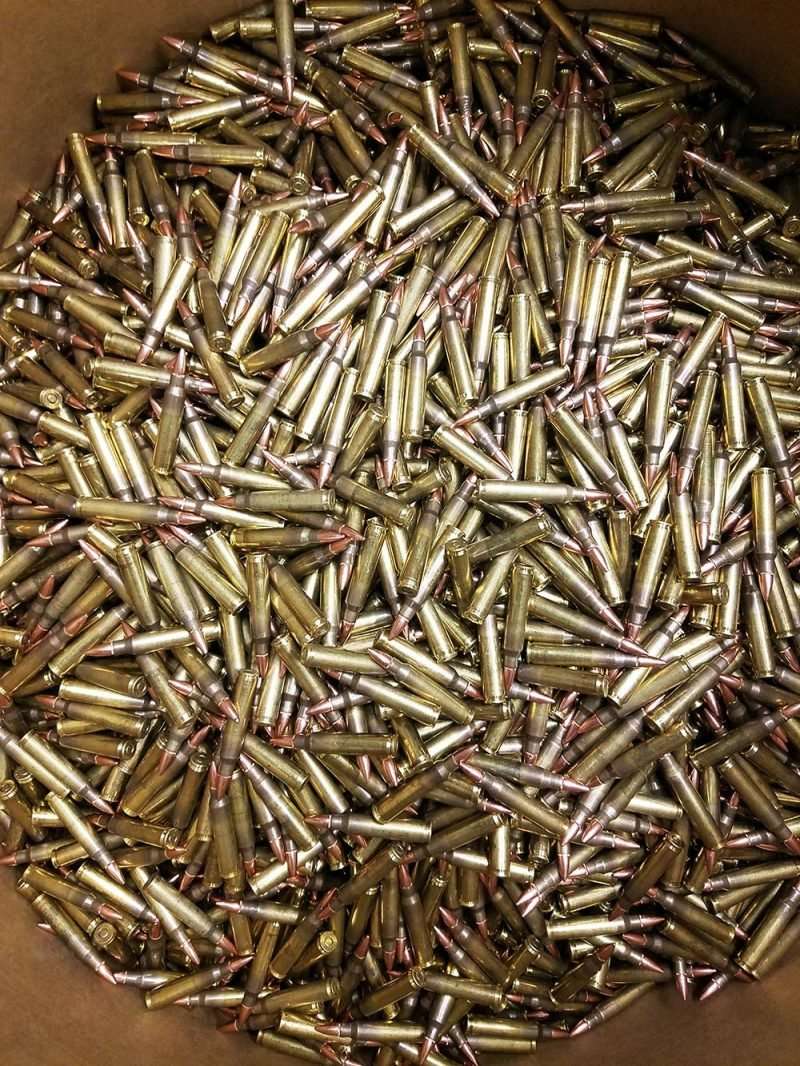 Below are the best places to buy cheap bulk ammo online. But they’re all sold out, There only seems to be a handful of places with anything in stock these days.

Natchezss will have the best prices. Last week they had 20 round boxes of 55 grain PMC in stock for 10.99 but was sold out in about two hours. I have bought from them recently and they shipped very fast.

Bulk Munitions is the most expensive, but that guarantees they have ammo in stock.

Palmetto State Armory usually runs in the middle on price, and I have bought ammo from them recently and they shipped fast.

We just put together a database of in stock ammunition from various retailers that we update daily and do our best to keep up to date. You can find this database, here: https://ammo2u.com/

We just recently got out of the ammo reselling business. We owned the eCommerce store called GrimReaperTactical.com, and sold cheap bulk 223 ammo with free shipping in different lot sizes of 500, 1,000 and 5,000 rounds.

We got out because, in an attempt to bring you the best price and value we could, we were actually losing money. So, we sold off the rest of our Grim Reaper Ammo stock, and ended up merging that website, with this one, called gunnersden.com.

It was fun and we sold a lot of ammo and I’d like to think that we helped a decent amount of people get some good training in for whatever may come their way.

I’m not one to leave people hanging so I wanted to put together a list of the best places to buy cheap bulk 223 ammo. In the name of transparency some of these are affiliate links. Hey, no judgement … I’ve got mouths to feed. Not all of the places I list here offer an affiliate program. And, because I’m not a paid shill, I’m also including sellers who don’t have a program that’ll pay me.

At the end of the day, my goal is still to help you find the best prices so you can train with your firearms. After all, you don’t get better if you don’t train.

So, who has good prices on cheap bulk 223 ammo in various quantities?

Palmetto State Armory actually has decent prices on ammo. The key with them is finding a sale. They run sales at various times of the year/month. Right now (as of the publish date of this article), for example, they’re selling 1,000 rounds of 5.56 NATO 55 grain boat tails from American Eagle for $289.99.

That was essentially our price over at grimreapertactical.com, and comes in at .29 cents per round. By the time you read this, the sale may be over–but I’m sure they’ve got something else on sale if you type in “bulk 223 ammo” into the search bar.

It also can’t hurt to check their Daily Deals page, because that’s where they list a lot of sales to make it become cheap bulk 223 ammo, instead of overpriced like it is many other places.

Up until this point I’ve listed brass cased ammo, which is what I usually run in my AR-15s.

But a lot of places also carry bulk lots of steel cased stuff, as well. This lot of 500 rounds of .223 from Tula is a great value at $125 if you’re not afraid to run steel through your AR-15.

This is a different kind of cheap bulk 223 ammo, in that it’s a 420 round lot, but the ammo comes on stripper clips in an ammo can for as cheap as $162.44. These guys also have the Wolf Gold in 500 round quantities for $146.29. The ammo, or anything for that matter, is cheaper when you’re a member of their buyer’s club. Depending on how often and what you buy, joining their program is a smart idea.

These guys have 5,000 round lots of 223 for $1,399.99. Disclaimer here, while I’ve shot the rest of the ammo listed here, I’ve not shot any of theirs. Take that for what it is worth. These are the guys we considered to be our main competitors, even though they were so far out of our league. Their main flaw is that they sell so much ammo they tend to run out of some of the quantities pretty quick.

You’ll have to check to see if any of these people offer their bulk ammo with free shipping or not. I believe Target Sport does, but it’s been a while since I checked.

I appreciate any of you who bought our ammunition over the last year. It’s been a great time, and I have every intention of serving you in other ways, like with our honest gun reviews, ballistics charts, and industry news. Our website is growing very fast, and GunnersDen.com is NOT going anywhere. Check out our video from the Federal Premium booth from SHOT Show, showing off their new ammo: