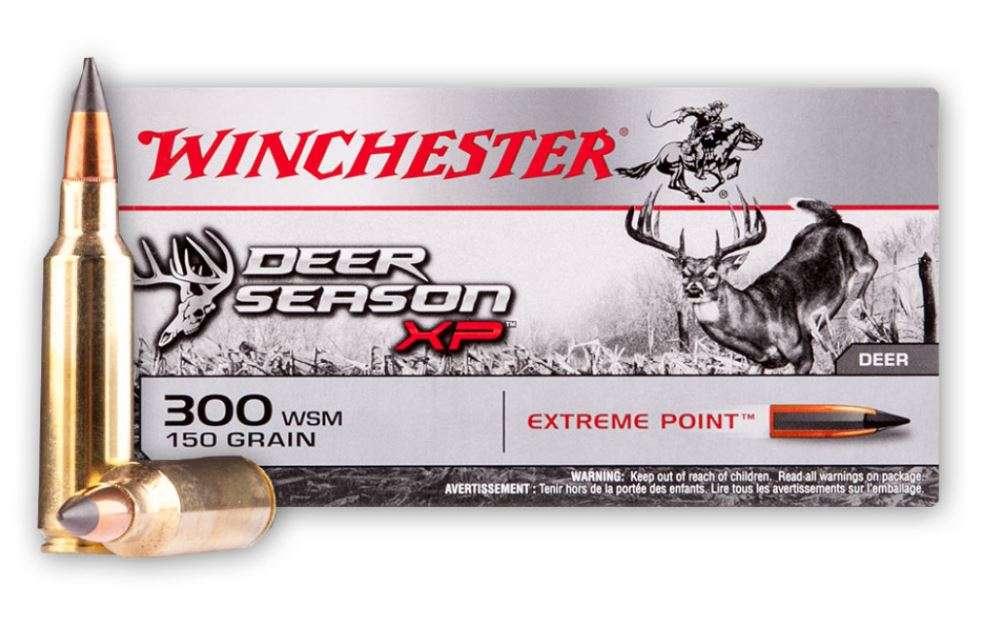 Making its debut and introduced to the shooting public in 2000, the short magnum cartridge was originally chambered in Winchester’s Model 70 bolt action rifle.

The 300 Winchester Short Magnum is a commercial cartridge based on the 404 Jeffery cartridge case, shortening it to 2.100″ and necking down to .30″ caliber.

Sharpening of the shoulder angles to 35 degrees was also done, and the 300 WSM cartridge has plenty of case capacity for all of its offered bullet weights.

The 300 WSM cartridge is a very well thought out cartridge as Winchester is no stranger to highly successful .30″ caliber cartridge development.

The 300 WSM cartridge offers a good balance of power with manageable recoil. It achieves its useful purpose as an excellent all around cartridge for all of the deer species of wild game animals walking in all of North America, from white-tailed deer to moose.

The Winchester, 300 WSM factory ammunition loadings show a velocity of 3,300 feet per second for a 150 grain bullet.

For deer hunting this translates to moderate recoil for the shooter with plenty of bullet energy at the 500 yard mark to flatten a white-tailed deer size animal.

The 300 WSM cartridge, chambered in a short actioned rifle may well be the ultimate rifle for all of the North American game animals, factory bullet selection in the 150 – 180 grain weight range is the key for success in this cartridge offering moderate recoil with high down range bullet energy.

If you’d like to see our comparison between the 300 WSM and the 300 Win Mag cartridges, click here.

Lucky Gunner currently has some 300 WSM in stock, here.