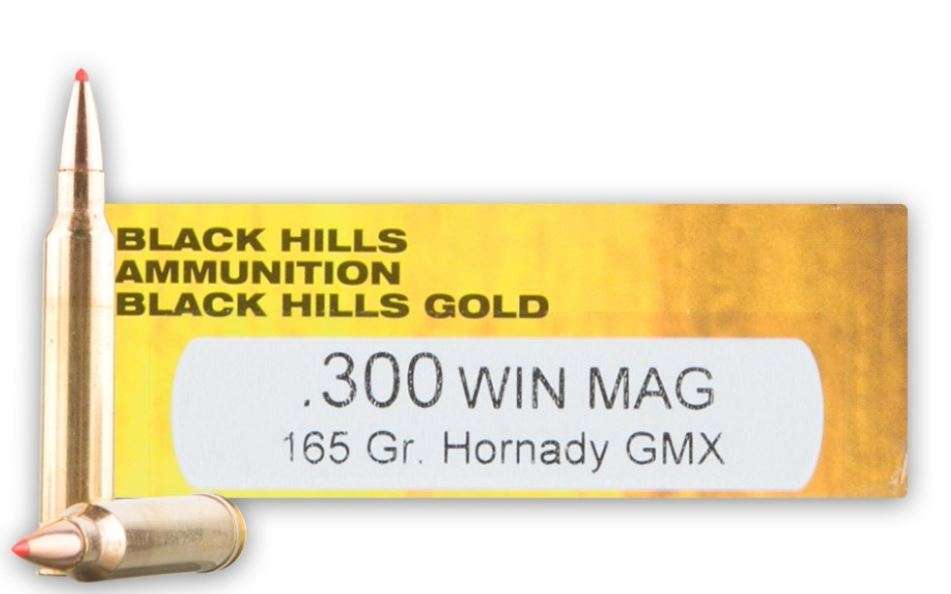 There are two ballistics charts below, comparing two different grain weight projectiles to each other.

There is only a negligible difference between the felt recoil on either of these hunting cartridges and recoil management will come down to the shooter and rifle setup.

That being said, both cartridges will recoil considerably into the shooter’s shoulder and if you’re recoil sensitive, utilizing a muzzle brake might be a good idea.

You can learn more about muzzle brakes and what they are as well as the the other muzzle devices, in this article here.

First we have a ballistics chart comparing each cartridge firing a 180 grain bullet from a rifle with a 24″ barrel. The heavier bullet tends to do better with the 300 Winchester Magnum, as seen below:

Now we look at the 150 grain bullet, still being fired from a rifle with a 24″ barrel:

300 Win Mag History and Use

Winchester introduced their 300 Win Mag rifle cartridge in 1963, then chambered in their Model 70 bolt action rifle.

Since that time it has become one of the most popular big game hunting cartridges and has seen support from all of the major ammunition manufacturers.

Its popularity has also spurred its use in long rang shooting competition, and is also quite capable at hunting longer distances. In fact, there is still enough power left at 500 yards to take an elk sized deer, and 700 yards can still yield a white tail kill.

Those who hand load their own ammunition will find the best ballistics as the 300 Winchester Magnum lends itself well to experimenting with your own load.

You can learn more about the 300 Winchester Magnum by visiting our dedicated page for this caliber, here.

The 300 Winchester Short Magnum is a relative newcomer to the hunting world as it saw its release just this century, in 2001.

Winchester took a 404 Jeffery cartridge case, shortened and necked it down to accept a 30 caliber bullet, and then sharpened the shoulders.

The WSM therefore, since it used a 404 parent case, has a fatter casing that is also shorter than the Win Mag cartridge.

The fatter case (than the 300 Win Mag) allows it to hold a lot of powder even though it is shorter, which is one of the reasons why the two are similar, ballistically.

The 300 Winchester Short Magnum is also capable of hunting just about any animal found in North America, with enough power left at 500 and 700 yards for most deer.

You can learn more about the 300 WSM by visiting our dedicated page for it, here.

This is really hard to say because they’re both so close to each other in so many ways. Really, you can’t go wrong with either one.

It really comes down to your preference and use for your rifle. It’s well known that rifles chambered in 300 WSM are usually (though certainly not always) lighter in weight and are therefore easier to carry and maneuver.

Because of this, if you’re planning to carry your rifle long distances, up and down a mountain, or through the thick brush, the 300 WSM might be the better choice due to size and weight alone. Of course, a lighter rifle will also help you feel the recoil more, as well, so there’s also that.

Then again, if you’re into hand loading your own ammo, finding brass for the older, more popular 300 Winchester Magnum might be the way to go because you’ll have an easier time finding it.