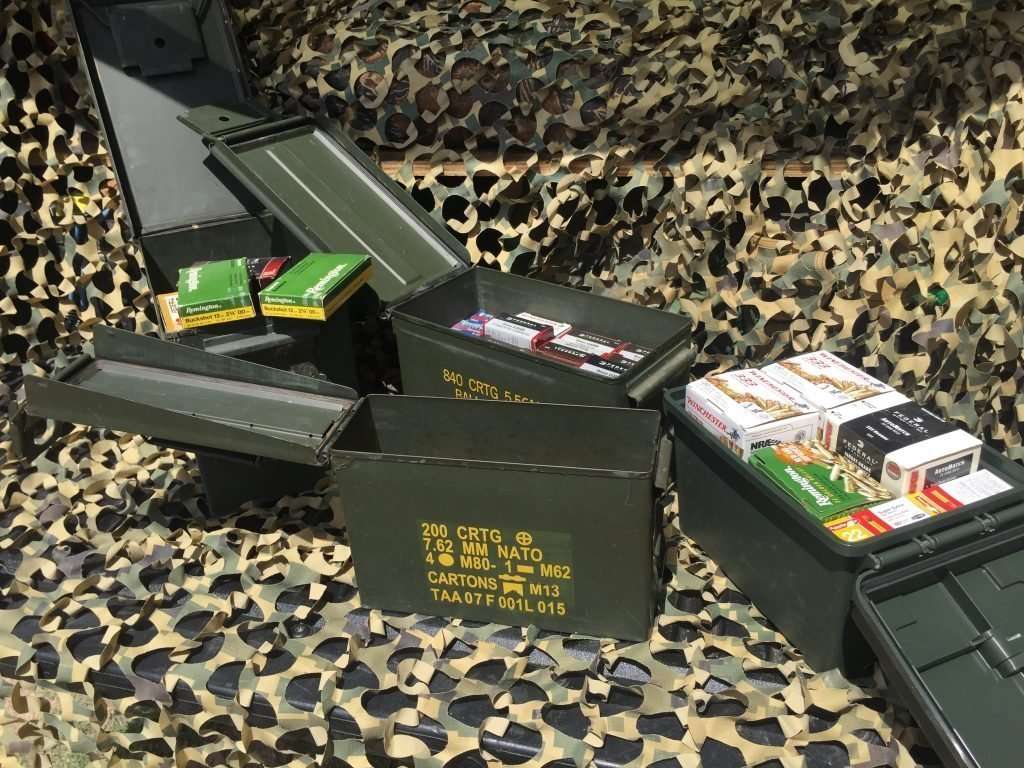 Well, the leftists and misinformed politicians are at it again. Recently the attacks against gun ownership have skyrocketed. But there is another sleeper concern, ammunition. Increasingly politicians are beginning to zero in on ammunition purchases and requirements for ownership of ammo. Take heed! I’m sure many readers have numerous firearms available to them. Good. But the long term concern, at least in my estimation, is the ammunition to feed those firearms.

While we are enjoying the right to keep and bear arms, it’s worth noting that Constitutional protection may not include ammunition. Ponder if you will the prospect of having firearms, but not ammunition.

While many readers are surely prepared in the ammo supply arena, from conversations with students, I’d venture a guess that most aren’t. The question is not just for you, but perhaps generations to come. Teaching students on an ongoing basis, I find it not uncommon for folks to struggle to come up with a couple hundred rounds of handgun or carbine ammo to conduct even baseline training.

Today’s political climate is yet again all about gun control and along with that ammunition is more and more the focus of restrictions. Consider in just the last few years there have been attempts to control or restrict ammo via several rationales. These include such as environmental, public safety, requiring your fingerprints to purchase (registration), higher taxation and quantity restrictions (to include internet purchases).

Let’s not forget the bare shelves of just a few years ago because of the political climate. The supply of 22 rimfire and many common handgun and rifle calibers have just again become reasonably available. Prices, also, are at last settling into normal levels.

So how much ammo is reasonable to keep and store? Well, it depends on what your primary, secondary, or other uses may be. That of course varies from person to person. Aside from the fact that many folks are very accomplished hand loaders requiring a good supply of powder, primers, casings and bullets in their own right, many don’t have the time or inclination for hand loading.

Here, grouped by purpose, are some thoughts on the reasons to build and maintain a good supply of ammunition.

This is where things could get interesting. Shooting well is a perishable skill (yes, dry fire can take place of live fire to some extent). I shoot almost on a weekly basis, at least handgun. That may not be sustainable in tough times. I focus most of my weekly handgun shooting on 9mm to keep it economical. I like to keep a minimum of 5000 rounds available if possible.

I store several hundred rounds of good quality handgun, shotgun and rifle ammo that fits this category on hand … per caliber or gauge. A sub category here would be the battle rifle or fighting carbine, at which point there is no such thing as too much ammo.

For most standard big game considerations, I could probably get by for quite some time with a couple hundred rounds. But thinking down the road for many years, I would like to have 500 to 1000 rounds per caliber of any hunting rifle. Small game means shotgun and rim fire, the round count here could increase substantially.

If it’s USPSA, IDPA, 3-gun, SASS, trap, skeet, silhouette, or others, start thinking in the thousands of rounds or even higher for the long term.

The sky’s the limit. All common calibers and rimfire ammunition is in high demand even now. Imagine over-the- counter availability of ammunition being gone overnight! In really tough times or during a run on the supply, ammunition will always retain a high trade value. So the question is, how much do you need to have for yourself and family versus how much you can afford to sell or barter with?

It goes without saying that the cost, storage and transportation of ammunition may require logistical planning. Ammunition is heavy! Storage can have its own challenges. Basically, prioritize cool, dry, durable storage. The military style 30- and 50-caliber ammo cans or the sealed spam cans of ammo make good long-term storage options.

Other than your local Wal-Mart or hardware store where might one find ammo today without breaking the bank? Some obvious choices may be your local gun shows (or similar events) and some online ammo sales sites (these sites have also been under fire in recent months). A few less obvious locations to find ammo at sometimes below wholesale prices are flea markets, estate sales and garage sales.

How Old Can Ammo Get?

This may bring up the question, how long is ammo good for? In my experience, if it has been stored properly and out of the elements, it can be good for decades. I have shot military surplus that was 50-plus years old, without issues. Not to disparage any hand loaders, but I stay away from reloaded ammo that I do not know the source of. I say this because you will run across such ammo at flea markets and garage/estate sales.

Someone once called ammo the precious metal of the future. I couldn’t agree more … take heed, and stock up on your ammo while you still can!

(Author’s note: thanks to Federal Premium Ammunition and Sig Sauer Ammunition for sponsoring some of the ammunition that appears here).