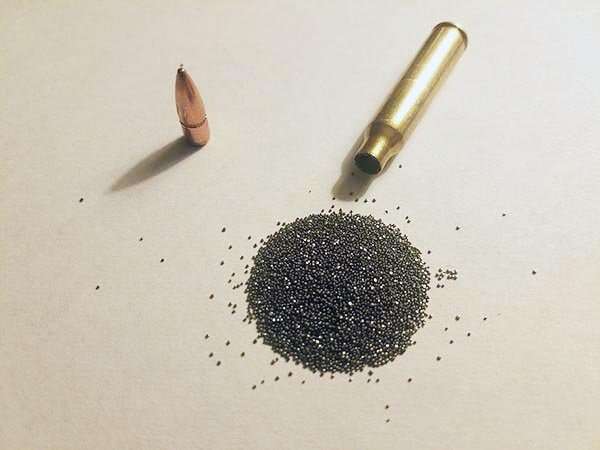 If you haven’t noticed there’s a bit of an ammunition shortage going on right now with the corona virus in full swing as well as being knee deep in an election year. So much so that we’ve put together a brand new website dedicated to showing in-stock ammunition for the most popular calibers.

You can find that website here, if you want to check it out. It’s a work in progress, but it’s getting there.

More than that though, if you don’t want to pay the atrocious shipping prices many online places decide to charge to get you your much needed ammo, you have to be resourceful when shopping around town at your local gun range.

This may include the purchase of re-manufactured ammunition. But, this begs the often asked question then:

Is re-manufactured ammunition safe to shoot in my gun?

Yes re-man ammo is most likely fine to shoot in your gun. The reason why is because re-manufactured ammunition, in theory, is re-done in a factory and should be loaded to SAAMI Standards. Most of the components of re-manufactured ammunition are brand new with the exception of the casing. The casing is re-used usually up to one time (for factory re-man ammo), cleaned, polished, and loaded with a new projectile, primer, and powder. (This could void your manufacturer’s warranty though, so read on.)

This should all take place in a clean facility with high quality, high volume machines capable of precision. This should not take place in uncle Billy Bob’s moldy basement as he’s throwing back shots of tequila and singing Save a Horse, Ride a Cowboy.

Before I go on, I do want to say right here that any ammo you re-load yourself is also fine just as long as you’re the one doing it and understand that this may void your warranty.

I’d never even consider getting ammo from a friend because who knows how well they did and the last thing you want is a squib load.

(A squib is one that fires but has a lower amount of gun powder pushing the projectile. This makes the projectile stay in the barrel, causing the next round to blow the gun up when the two collide).

My first experience with re-man ammo:

I remember several years back the first time I ever accidentally bought re-manufactured ammunition, getting it home and seeing all the different head stamps like, WTF is going on here? Why do I have some Remington, some Winchester, some Hornady, and plenty of others?

I hadn’t realized that I bought re-manufactured ammunition because I was so stoked just to find some plinking ammo in my chosen caliber (9mm if I remember correctly). I never really ever gave it much thought until Barry was elected to office. I was always just fine buying new ammunition from Federal and the rest listed above.

But then sometime deep into Barry’s presidency ammo started to go missing from the shelves. Certain calibers were just constantly out of stock (like we’re seeing now). 9mm, .223/5.56, and .22 lr obviously come to mind for hard to find calibers, but I remember there being plenty of .40 S&W on the shelves.

Then, I went to one of the local gun stores I rarely ever went to (because there was some shady stuff going on in there) and they had several blue boxes of 9mm in stock. I write gun reviews for a living so I was all over that like stink on a fresh turd.

I didn’t realize it was re-manufactured or I wouldn’t have bought it. I didn’t notice all the different head stamps until I got it home. Because gun shops generally don’t take returns on ammo and I was desperate, I brought it to the gun range and ran it.

Interesting, since I’ve heard all the horror stories about this ammunition. So again, it should work fine, but there is something else you need to think about —

Yes, technically it could. It really depends on the gun manufacturer and the language they’re using in the owner’s manual. Though, I do have to admit that I’ve never heard one not covering a warranty on a gun because of the type of ammo used, unless it was the wrong caliber. I just read the owner’s manual from several different gun manufacturers on the type of ammunition they recommend, and here are a few of them:

Use only high-quality, original, factory-manufactured ammunition … The use of reloaded, “remanufactured” hand-loaded, or other non-standard ammunition voids all warranties.

This warranty does not cover … The use of defective, non-SAAMI Standard, re-manufactured, hand-loaded, and/or reloaded ammunition.

This is how you void your warranty … Firing remanufactured or reloaded ammunition.

The common thought among these is that if you use re-man ammo you will void your warranty. Ultimately, it’s up to you. Chances are great that the reman ammo you buy will be fine. But, then again, maybe it won’t.

How do I know so much about this subject?

My own ammo company:

I owned an ammo distributorship for a little over a year, which is why I am so confident talking about this. And, it’s only been a little over 6 months since the plug was pulled out on that. I learned a lot during the year or so I ran it. We sold bulk .223 and bulk 9mm ammo in cases of 500 rounds or more, up to 5,000 rounds.

We sold a lot of ammo, though I didn’t make a lot of money doing it. We saved money where we could, passed he savings on to our customers, had repeat customers, and we’re still getting requests for our good ammo.

Sadly, my manufacturer pulled out and decided it wasn’t profitable enough to keep running. We used Pull Down Lake City Brass, Hornady projectiles, and a clean-burning powder.

What is pulldown ammo?

Pulled down ammunition is that ammo that was for a military contract that was unused. The decision is then made to pull the ammo off the shelf (so to speak), de-primed, bullet removed, and gun powder emptied to be cleaned and shipped to a different manufacturer.

This is important because there is some terminology here that I’m not the biggest fan of. I worded our sales page in such a way that people understood what they were getting and that it was not “brand new.” It was “factory new.”

Companies can get away with calling this ammunition “factory new” because it has never been fired before. And, while technically true, it has still been processed, un-processed, and re-processed again.

And, I’ve seen some pulled down ammo that looked like it’s been through war.

While this ammo should also be fine to shoot in your gun, be on the lookout for shady marketing language. Is it factory new? Yes. Is it brand new? Not really, no. Is it safe to shoot? Yes it should be just as long as the company is using SAAMI Standards.

How will you know if a company is using SAAMI Standards? Well, for one, they won’t be around long because of all the lawsuits coming in.

What about you? Do you have anything to say on the subject of shooting re-manufactured ammo? Let us know in the comments below.