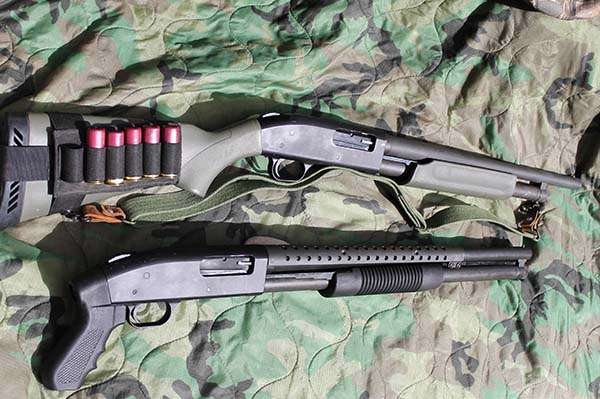 Without a doubt, the shotgun is one of the most versatile firearms on the planet. For hunting small game, to game birds, up to big game, a shotgun will do the job. The home defense shotgun is more than intimidating and very capable. Need a survival gun? The shotgun can cover it all in the most adverse conditions.

The choices of action types, gauges, barrel lengths, and stock configurations are an added incentive for owning a shotgun. Choose pump action, semi auto, single or double barrel, or even lever action. The 12 gauge is the most common today, with the 20 gauge being a close second.

There are others; the ole 16 gauge seems to have lost its popularity. Another, the 28 gauge, is primarily used by upland game bird hunters, while the 10 gauge is a rarity in today’s times. Then there is the 410 which is correctly designated as .410 bore (slug diameter of the .410) rather than gauge.

Of the above gauges mentioned 10ga is the largest, then 12, 16, 20, 28, and 410 in descending order based on the amount of shot or the weight of an individual slug (projectile) the hull/shell contains. On average shell lengths are 2 ½ to 3 inches in length. 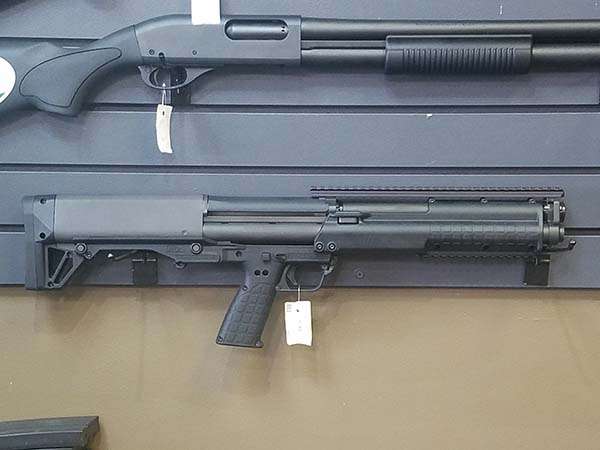 What are the best shotguns for home defense? Here are some, but this isn’t an exhaustive list:

Your choice of action type will be driven by the intended use of the shotgun, whether it’s hunting, trap or skeet competition, as a home defense shotgun, or your young child’s first gun. Let’s first take a look at the action types found on the market today.

Generally this action is a hinged, break-open type that employs a lever to open the action. It is designed to load one round and then unload the spent hull before reloading another live round. Companies such as Harrington and Richardson, Iver Johnson, and Chiappa are but a few that produce a single shot, break open shotgun.

Double Barrel (side by side or over and under)

Double barreled shotguns are loaded in a similar fashion as the single shot break opens via a hinged connection between the barrels/forend and the action itself. The Double comes in both a side by side, where the barrels are left and right of each other, and the over and under, wherein the name denotes one barrel being directly above the other.

Many classic names are associated with this category such as, Parker, Winchester, Browning, Ruger, and others. While these guns are most often considered for competitive or sporting purposes, there are applications and models that lend themselves to serve as a home defense gun as well. Some of the short-barreled side by sides are a good example, like the Cimarron model 1878 coach gun.

Speaking of home defense, have you ever thought about whether or not you’d need legal protection after the defensive use of a gun ether in your home or out? Check out our USCCA Review, here.

Probably the most widely used and popular action type today, the pump action has been around for decades. The pump action is just that: by pumping the forend back towards the receiver, you cycle the action. This motion extracts a fired round and reloads another in the blink of an eye. This style of shotgun is very popular with hunters and has been used extensively in police and military applications. Remington model 870 and the Mossberg model 500 are two of the most widely recognized, not to mention some of the best pump action shotguns today. 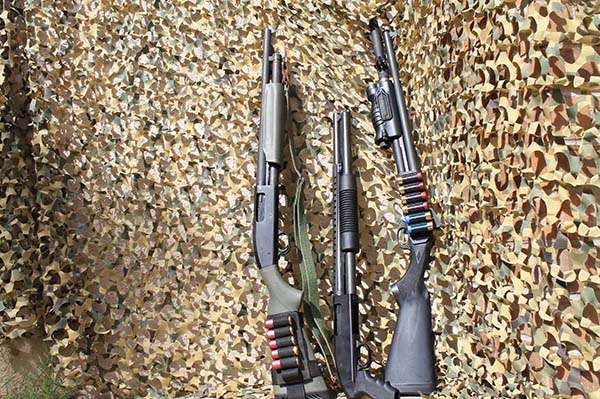 Gaining much interest and use in the last several years is the semi auto shotgun. Not unlike a pistol or carbine, the semi auto shotgun fires, extracts, and reloads a new round with every press of the trigger. Semi-auto shotguns are heavily used in many venues including hunting, sport competition, and law enforcement. Remington, Benelli, Saiga, and Browning are just a few companies that offer them. 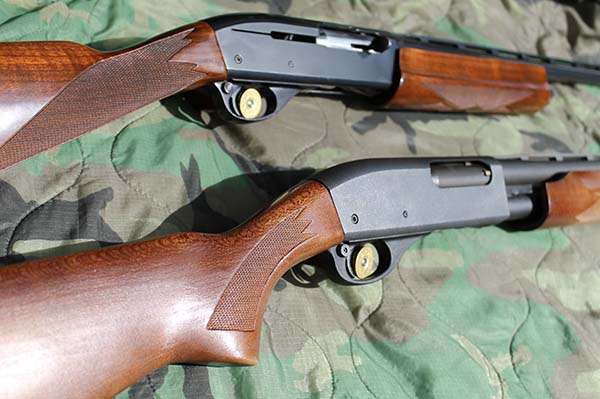 Lever action shotguns are mostly out of the picture today, but do have their following. They operate similar to a lever action rifle such as the classic Winchester 30-30. Every pull of the lever down and up unloads and reloads the chamber. Henry and Chiappa are the mainstays of producing these guns.

For the most part, bolt action shotguns have become obsolete and are no longer produced. You may find one around from days gone by that was marketed by Sears, Westernfield, Stevens, or Mossberg. While they may hold some nostalgic interest there are too many other shotgun action types that are more practical.

And now what gauge fits your needs?

Let’s stick with easily available shotgun gauges and ammunition for them. Yes, you can still get 10 and 16 gauge via online ammunition warehouses … but you generally cannot walk into a Walmart or other local retailer and easily find these gauges. And I won’t even get into European shotguns like the 24 and 32 gauge.

It’s the most common and everyday available gauge, although the 20 is a close second. Having been around since at least the 1870s, it is still the everyday staple around the farm, ranch, and for law enforcement and military use. I have personally taken plains game in Africa with 12 gauge slug and buckshot. The most common configuration includes 2 ¾ to 3 inch shells holding anywhere from 1 to 1¾ oz of shot. Buckshot and slugs are also readily available in the 12 gauge. This is also the go-to gauge for many home defense shotguns. 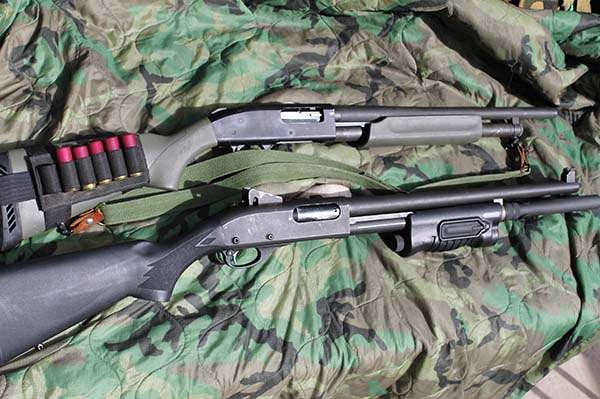 A mainstay in the shotgun world for decades, the 20 gauge is still going strong today and may have even outpaced the larger 12 gauge for certain applications. It is a popular hunting choice and offers a wide variety of shot options to include buckshot and slug offerings. The most common loads for 20 gauge are 7/8 oz to 1 ½ oz of shot.

Most often associated with upland game bird hunting, the 28 gauge has also been around for decades but in my experience is probably one of the least used gauges today as compared to the 12 and 20. Shot shells in this gauge are most common in ¾ oz of shot. When I hear 28 gauge, I visualize walking behind a fine bird dog and taking shots at bobwhite quail or grouse.

The .410 is in fact a shot shell, but as described earlier is designated by bore diameter rather than gauge. The diminutive .410 has been a farm, ranch, and household favorite for years when it comes to dealing with pests. It’s often the first gun (aside from the 22 rimfire) many kids are introduced to. In .410 ½ oz to 11/16 oz of shot are common. Today, there are revolver offerings such as the Taurus Judge and Smith & Wesson Governor that utilize the 410 as a defensive round. There are several derringer offerings in .410 as well; Bond Arms Derringers is a popular example.

All of the above shotgun ammunition can also be found in various types of buckshot, slug and defensive round offerings.

No gauge discussion is complete without the 10 and 16. Both are a decades-old staple in many parts of the country and are in fact still used today. My intent is not to minimize these two, but rather point out that these gauges aren’t commonly found at your local sporting goods dealer on a daily basis, much less the ammo … but they are available if desired. 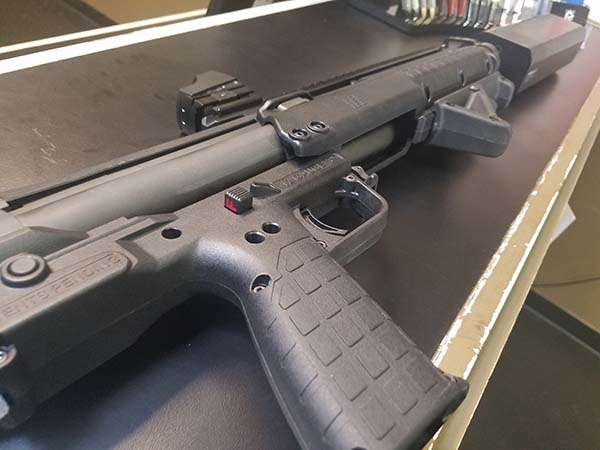 Everyone has their own idea as to what works best for them in a self-defense shotgun. Because I carried and used one extensively during my career in law enforcement and for more years than I care to remember in the field hunting, the pump action in 12 gauge has to be my top pick. A primary reason for me is that the pump action is fairly simple and rugged, making it generally reliable and easy to use. As I mentioned earlier, 12 gauge ammunition is the most readily available of all the gauges listed.

As to the makes and models I like and have used extensively over the years, I find the best home defense shotguns to be the Remington Model 870, Mossberg 500, Winchester Defender, and Ithaca Model 37. There have been others and several variations of these, but this list comprises most. Overall, I have utilized the Remington 870 more than any other to include extensive application in the law enforcement world. 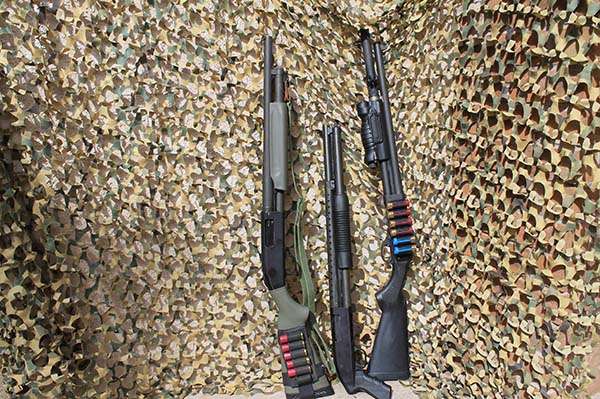 If you are in the market for an exclusive home defense shotgun, the simplicity of a side by side double barrel may also be worth a look. Cimarron, CZ, and Stoeger all make a version of the short barreled “coach gun,” that can be ideal for a quick home defense gun. And, there’s the added charm of owning a model whose very type is named after its historical use as a security tool for overland horse-and-wagon travel. 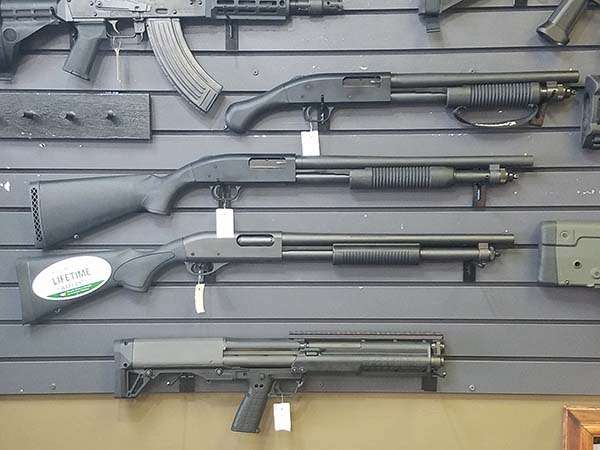 Also readily on the market today are pistol grip style shotguns. Here I’m speaking of a hand grip only, with no shoulder stock. The new Mossberg Shockwave and the Remington Tac-14 both come in a 14-inch barrel and are considered to be a shotgun pistol therefore sidestepping NFA (National Firearms Act) requirements. The Mossberg 500 series also has a true pistol grip shotgun, offered in both 12 and 20 gauges.

As you might imagine, there are a myriad of other add-ons for a shotgun, like ammo carriers, a variety of sights, lasers, slings, and probably even a can opener if you look hard enough! My philosophy is to keep it simple and usable based on your needs. 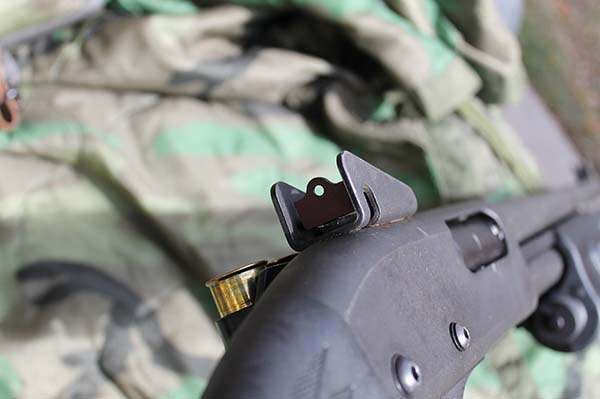 I like a ghost ring sight or just a plain old front sight bead, even for a defensive shotgun. However, there is a following for the use of red dot style sights for self defense shotguns. Red dots have gained much popularity in both the carbine and handgun world, why not shotgun–if it fits your needs. I also like a simple sling and ammo carrier on the buttstock or the receiver. Essentially that is as far as I would go for add-ons. 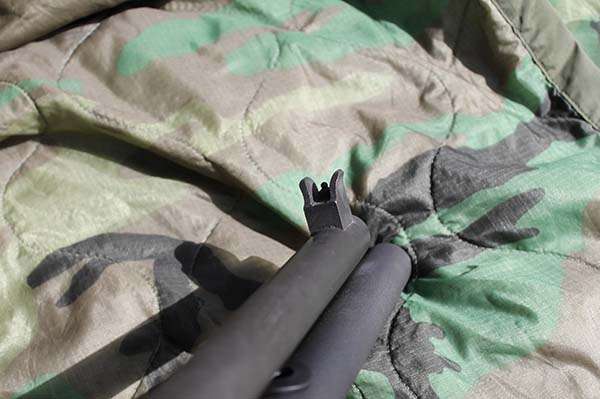 In today’s world of short-barreled rifles and high capacity magazines, the shotgun is often overlooked. Its diversity of uses make it a top contender for a must-have and it would certainly be in my personal “if I could only have three guns” list. Even many police agencies have eliminated it from their armory–a mistake, in my estimation. Don’t have a shotgun? Get one!

What’s your pick for your shotgun?

Never has there been a better time in … END_OF_DOCUMENT_TOKEN_TO_BE_REPLACED

CZ USA is the U.S. based subsidiary of CZUB, a … END_OF_DOCUMENT_TOKEN_TO_BE_REPLACED

One of the most cringe worthy news articles I … END_OF_DOCUMENT_TOKEN_TO_BE_REPLACED