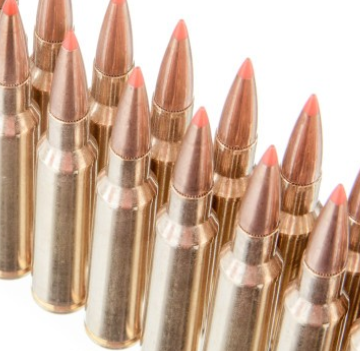 The 6.5X55mm Swedish Mauser was developed in 1893 by a joint Swedish/Norwegian commission and officially adopted by those countries as the military cartridge the next year. Soon thereafter it became a popular sporting cartridge and was used for target shooting, including Olympic free rifle competition.

It was virtually unknown in the United States until the 1950s when cheap surplus military rifles began to flood the American firearms market. These bolt action rifles were quite accurate and would be sporterized and used for and used for hunting.

The 6.5X55mm cartridge itself is an accurate and flat shooting cartridge, that’s capable of taking most of the game in the Continental United States. When loaded with 140 grain bullets, 2,600 fps (feet per second) velocity is achievable and adequate enough for deer out to the 300 yard mark.

When loaded with lighter bullet weights, say 120 grains, the recoil is minimal and pleasant to shoot. It’s recommended for shooters that are recoil sensitive.

The 6.5x55mm Swedish Mauser responds very well with powders that have burn rates similar to and like i.m.r. 4320, very accurate and consistent velocity.