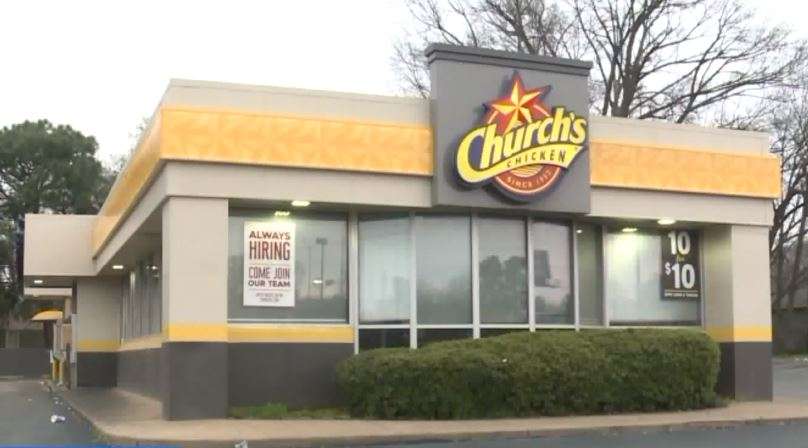 Memphis, Tennessee — There were about 10 people inside a Church’s Chicken on Summer Ave where a shootout between two people took place through the drive thru window.

The shooter had been at the restaurant earlier in the day with his girlfriend, who works there. At some point before Ledarrius Stokes arrived, the girlfriend called the restaurant and told them he was going back to shoot the place up. The employees locked the doors to keep everyone inside, as well as Stokes outside, but that didn’t deter him.

He went through the drive thru and began firing at one particular female employee through the window itself, but she fired back at Stokes and then went outside into the parking lot and kept firing shots at him. Apparently none of the shots from either shooter connected with a person.

At this point, police are still working through the details and don’t know who fired the first shot or why it took place to begin with.

However, at this time, Stokes is being charged with aggravated assault, possession of a gun by a felon, reckless endangerment, and vandalism.

If this teaches us anything, it’s that a shooting can take place anywhere, to include the drive thru window at your favorite fast food restaurant.