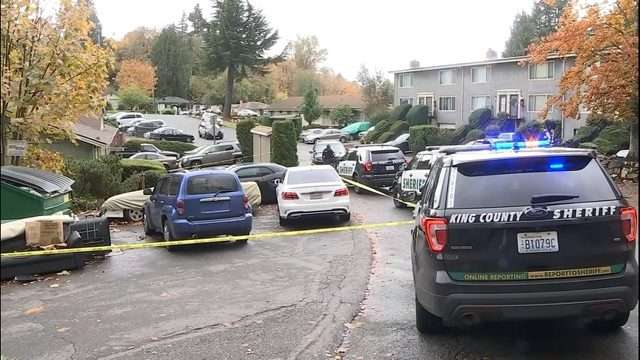 King County, Washington — Police arrested a man who was shot after bringing a hammer to a gun fight during an altercation.

Tuesday morning at approx 11:45, King County Sheriff’s deputies responded to an apartment complex where two neighbors apparently got into a fight after their door was kicked in by a neighbor they’ve had previous issues with.

A woman returned to her apartment to find her door kicked in. She called her husband who rushed home from work, and as he walked up to his door, he was confronted by the neighbor who had admitted to kicking in their door.

The man was armed with a hammer in his hands and as he approached the husband, he threatened him. The husband reportedly warned the man to stop numerous times and to drop the hammer, but the man continued on in his advance.

After the last warning it must have became apparent that the man wasn’t going to drop the hammer or stop his advancing, so the husband shot him once in the abdomen.

The hammer man was brought to the hospital with life-threatening injuries and as of the last report he is listed in stable condition, is being held in custody, and will be charged with several felonies.

It is also being reported that the man had issues with other neighbors, as well.

This is being called an act of self-defense with no charges being brought to the husband.

This should serve as a reminder to all about why it’s a bad idea to bring anything other than a gun, to a gunfight. AND, it serves as another reminder about why we carry guns on our persons, all hours of the waking day. You just never know when you’ll be attacked. (Read why I carry a loaded gun here)