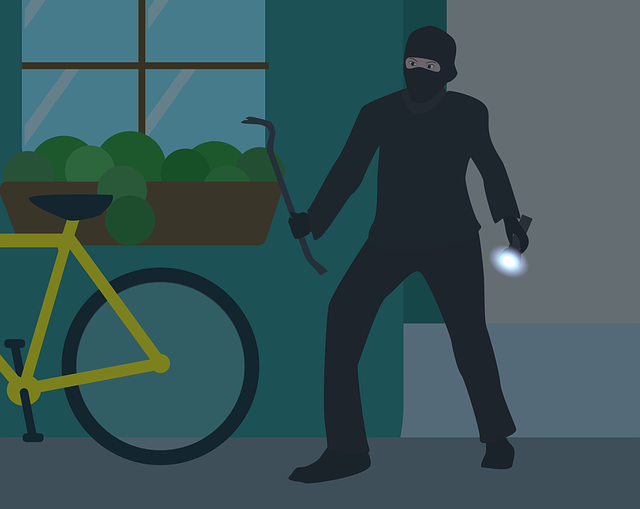 What is situational awareness?

At the most basic level, situational awareness means that you are paying attention to your surroundings so you know what’s going on around you the best you can, giving you the ability to react properly to an attack if presented with one.

Another term you’ve likely heard is “keep your head on a swivel.” That term is closely related and means about the same thing. Let’s break this idea down further to know the why behind the phrase, even more.

We tend to live by a few phrases to help us stay in the right frame of mind. In addition to the above two, we also have phrases like: It’s better to have it and not need it than to need it an not have it. Phrases like these remind us to stay prepared, and that’s the driving force behind situational awareness.

Being aware whenever possible

It’s our goal as gun carriers to be prepared to defend ourselves whenever that need arises. But, we can only defend ourselves if we know it’s time to do so. A lot of the time, an attack is an ambush that we never even see coming.

Such is the case when a criminal dressed as a UPS driver knocks on your door to deliver a package. Generally speaking the UPS driver in that brown uniform does not pose a danger. After all, he’s just doing his job, right?

What you may not know, however, is that the UPS driver stole the uniform and has a gang of three or four other criminals waiting in the bushes behind him to bum rush you, kick your ass, take your stuff, rape your wife and daughters, or anything else he may have desire to do.

However, if you’re aware of your situation, you know that you weren’t expecting any packages. Or, if you were expecting a package, you knew that it wasn’t due until tomorrow.

This also translates into every day life, as well as just being in your house. If you’re walking down the street, situational awareness dictates that you’re paying attention to your surroundings. Because you glance over your shoulder every so often you see the suspicious looking person quickly approaching with a knife.

If you’re walking back to your car with a bag of groceries, it means keeping your gun hand free so you can draw your firearm if needed. It also means turning your head and checking your peripheral vision to make sure nobody is following you, setting you up for an attack.

At the ATM machine when getting cash, it means keeping a constant eye behind you so you can see any criminals making their way toward you. In fact, when I use a walk-up ATM, I tend to turn my body slightly so I can use the machine and keep an eye out for dumb dumbs looking to rob me.

Criminals use an ambush mindset

It is hard to understand why we need to have situational awareness until we know how criminals attack.

One thing that is very important to understand is that many criminals are ambush predators. Kind of like how a lioness will stalk an antelope in the tall grass, a criminal will lie in wait for you to pass by or drop your guard before striking.

If they can’t ambush you, you’re more than halfway there. Is there still a chance that a bad guy will make an attempt to rob you even if you see him? Absolutely. Criminals are stupid. But, if you see him coming before he knows, you limit the amount of damage he can do.

This is one of the reasons why the phrase, there’s strength in numbers is true. Herd animals are generally safer for a couple reasons when they’re with the whole herd. Yes, it limits the chance that any one animal will become dinner for Ms. Lioness, but more than that, at least some of the other animals have situational awareness.

When one of them is alerted to the carnivore looking for dinner, it raises an alarm. Many times allowing all animals to get to safety or otherwise foil the plans of the predator.

While you can’t always have company with you, you should take advantage of it whenever you do. And, when you don’t, you should always remain alert whenever you possibly can. Which, ultimately, leads us to the next point–

Here’s the thing that nobody ever talks about though, situational awareness is impossible to have 24 hours each day, 365 days per year. It’s just impossible. Right or wrong, we all get distracted by every day things.

If my phone rings, I end up pulling it out of my pocket and taking a look at it to see who it is before deciding if I’ll answer it or not. During that split second, my guard is down more than it would be during any other part of the day.

Or, let’s say I’m out at a movie. Once the movie starts, I have no idea what is going on behind me, or, really, in front of me either. My eyes are glued to the screen, only to occasionally glance over at my kids or wife. That’s a solid two or so hours where my situational awareness went out the window due to my distractions.

This is one of the reasons why I roll my eyes inside my cranium cap each time I hear or see one of these “experts” saying, well he should have kept his head on a swivel!

None of us can be 100% aware all the time. It’s impossible, but knowing that when we are unaware is when disaster can strike is huge.

At least half the situational awareness battle is actually remembering that you should be aware of your surroundings. Once you get this part down, the rest comes easy.

I don’t really anymore, because I’ve gotten to the point where I feel naked when I don’t have it on me. But, repetition helps. You’re more likely to do something if you repeat it to yourself. Therefore, try repeating that you’ll be aware of your surroundings a few different times before you go out. Then, do it again before you get out of your car.

Practice nonchalantly looking around while you’re walking around the grocery store shopping (or anywhere else you may go). You don’t need to turn completely around, just glancing over your shoulder and using your peripheral (side) vision, is sufficient.

If you see something out of the ordinary, turn towards it a bit more to get a better look at it. It’s probably nothing, but you can’t be hurt for checking. Again, nonchalantly.

Our phones are one of the biggest distractions ever, and I’m sure criminals love seeing people on their phones so often. One of the biggest tips I can give you is to stop looking at your phone so much. It’s so convenient to just pick it up and glance at your favorite social media app, do some research, or whatever.

But, your phone can be a huge distraction — and this includes while you’re sitting at a red light. If you’re staring at your phone at night while sitting at a light and waiting for it to turn green, you’ll have no idea that a carjacker is running up behind you.

When you’re stationary for longer periods of time, try to position yourself so you have a field of view to see as many people and entrances as possible. This isn’t always possible, depending on how things are set up, but try your best. When you can do this you don’t have to glance around as much.

It’s not always possible to remain in a state of situation awareness. But it is important to be aware as often as possible to ensure that if you are ever attacked, you stand a better chance. I hope I helped answer your question concerning what is situational awareness. If you have anything to add, please be sure to do so in the comments below.