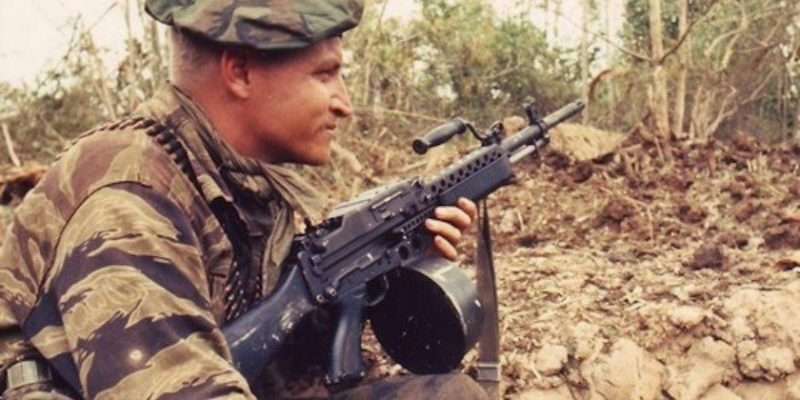 I love odd and unique guns, especially those that seem to be heavily underrated. Most underrated firearms offer something other weapons don’t. The five guns I picked all offer a thing, or two most of their contemporaries did not, yet remain underrated guns.

One of my favorite shotguns of all time is the Benelli M3. It’s often overshadowed by both the Benelli M4 for military and police use as well as the M2 for competition use. The Benelli M3 is a fascinating and well-made shotgun that combines the best of both worlds when it comes to pump action and semi-auto shotguns.

The M3 can convert to pump or semi with just the twist of a ring at the end of the magazine tube. The Benelli M3’s convertible nature makes it perfect for using any round out there. Shotguns are versatile weapons due to their diverse ammo selection. The Benelli M3 can handle it all, from less-lethal to full powered slugs.

The Benelli M3 is a capable, versatile, and well-made shotgun. It’s a shame it’s so overshadowed by other options. The M3 just wasn’t as approachable as different designs. However, it does serve with many police and military forces around the world. It’s also featured in one of my favorite movies ever, Heat. It’s a real shame this is on our list of underrated guns.

Striker fired, polymer frame handguns are all the same right? Not exactly, the Walther P99 defied expectations of what a striker fired pistol is. The Walther P99’s claim to fame is the fact it’s a double action / single action striker fired handgun. This configuration is usually associated with hammer fired guns, but Walther shook things up. 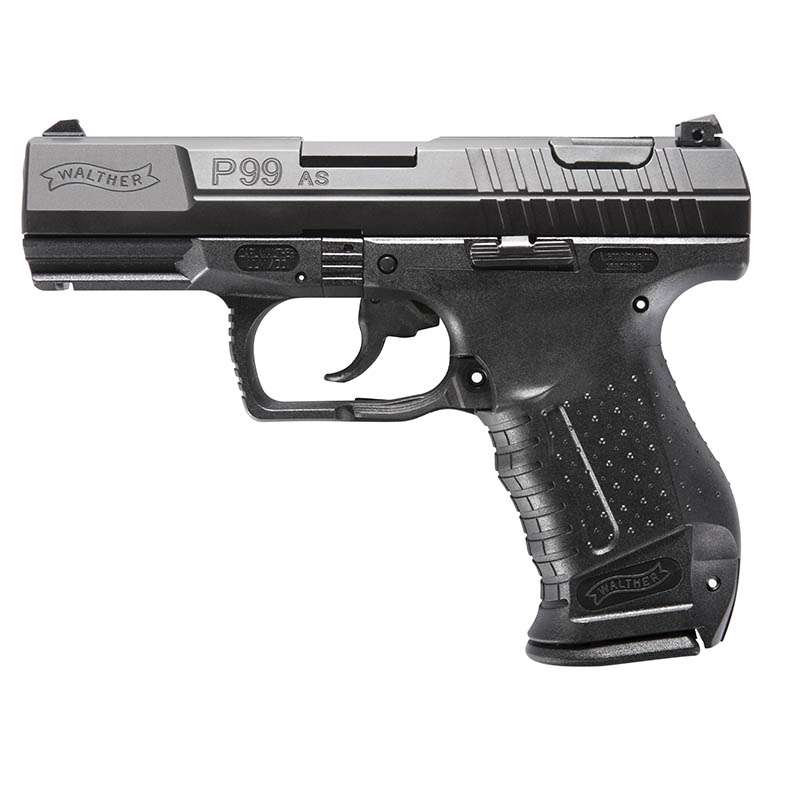 The first trigger pull is long, but very smooth and even. After the first shot is fired, the Walther P99 has a much shorter trigger pull that’s an absolute delight. The weapon has a slide mounted decocker to toss the gun back to double action. Additionally, the P99 has an anti-stress trigger design that combines the length of the double action pull with the lightweight single action pull.

The P99 never achieved the same fame as the Glock, M&P, 1911 frame guns, or even the XD. This underrated handgun is a brilliant design that’s a joy to shoot and has amazing ergonomics.

The Johnson Rifle had a few advantages over the M1 Garand. It had a 10 round magazine and could be topped off with stripper clips, or by single rounds. The M1 Garand couldn’t do that. The Johnson rifle reportedly has lower recoil as well.

However, the Johnson rifle had some faults. It was a crummy hand to hand weapon, had lots of small parts, and reportedly suffered from reliability issues when it got filthy. The rifle had a lot of good ideas and did see action in WW2 with the Marines. After WW2 the gun largely faded in obscurity. However, Johnson would later go on to work at Armalite and Colt with the AR-15.

While the FAL is often considered the right arm of the free world it’s little brother doesn’t get the same level of respect or fame. The FN FNC is much smaller than the classic FN FAL. It also uses a much different operating system. The FNC uses a gas operated long-stroke piston with a rotating bolt. The FNC was designed for NATO standardization trials between the years 1975 and 1977.

The FN FNC is a 5.56 caliber rifle that is compliant with STANAG M16 magazines. The gun was designed with a folding stock and an adapter to mount a Hensoldt 4X optic. It was well ahead of its time in this regard. Optics were still a pipe dream in the modern infantry world, but FN was prepped for them. The only thing the FNC was lacking was a last round bolt hold open. 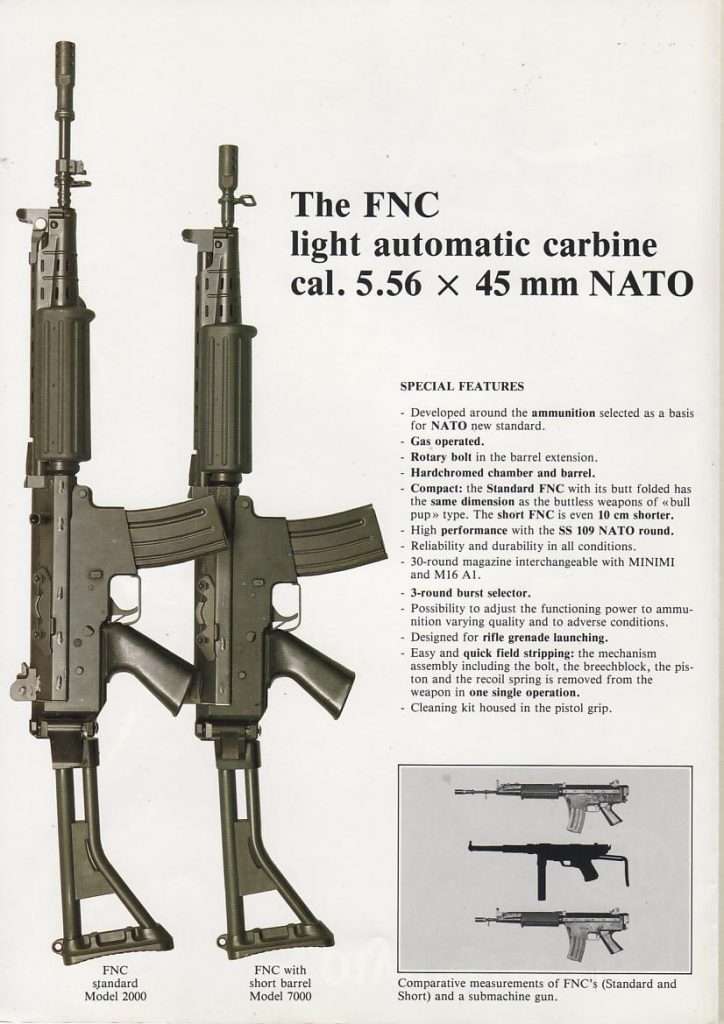 The FNC did see adoption by Belgium forces, as well as Sweden and many Asian and South American countries. The FNC may be underrated when it comes to service rifles, but it seems successful.

The Stoner 63, designed by Eugene Stoner, was one of the most versatile weapons, period. The gun was created in 1963 and served with both the Navy SEALs and Marine Corps in limited numbers. The Stoner 63 was a technically a rifle but could be converted to several different platforms.

The Stoner 63 is a box fed assault rifle that could serve as a full-sized rifle or be quickly converted to a shorter carbine with a folding stock, or an Automatic rifle. In this configuration, it would fire from the open bolt from a top mounted 30 round magazine in a Bren like fashion. The open bolt allowed it to fire at a high volume while keeping cooler than the average rifle. The Stoner 63 is several underrated guns in one.

On top of that, the Stoner 63 could be converted to multiple machine gun configurations. This made the Stoner 63 a belt fed weapon with a 100 or 150 round drum configuration. The 63 could be mounted to a tripod or even a fighting vehicle. The Stoner 63 was one of the first truly modular platforms that was by all accounts reliable. However, this underrated weapon saw limited use and was determined to be too complex, and the high maintenance requirements killed it.

Call me a bit of a contrarian, but I like the weird and the odd in the gun industry. This often leads me to hunting underrated guns down and adding them to the collection. These are just some of my favorite models of underrated weapons. Do you have any oddball favorites you’d like to share with us? If so let us know below and tell us why.