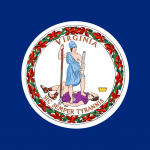 The Virginia Gun Ban just passed the VA House by very narrow margins. HB 961 passed the House by a vote of 51-48 votes, in favor of the ban. The interesting thing, is that there are 55 democrats, meaning that some of them voted nay to the sweeping anti-gun bill. This is great news, especially […]