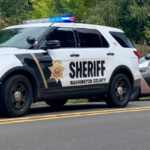 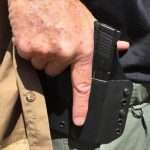 A woman shot a man after he strangled her to the ground and punched another man with brass knuckles in Baton Rouge, Louisiana. Steven Paul Frank, 36, was arrested after showing up uninvited to his girlfriend’s home and assaulted her and another. In an attempt to warn the boyfriend off, she fired a warning shot […] 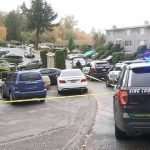 King County, Washington — Police arrested a man who was shot after bringing a hammer to a gun fight during an altercation. Tuesday morning at approx 11:45, King County Sheriff’s deputies responded to an apartment complex where two neighbors apparently got into a fight after their door was kicked in by a neighbor they’ve had […] 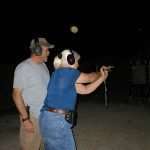 Congratulations ladies, the fastest growing segment of gun owners and concealed carriers from 2012-2018 is women according to one study. In fact, that study has said that there has been a 207% increase in female concealed carriers in that short six year span of time. More and more, women are willing to take their protection […]

Dallas, TX — An 84 year old man who has already been robbed once shot a home invader who attempted to break into his home. Officers responded this past week to a residence near Loop 12 and Interstate 35E at about 1:30 in the morning. The elderly man asked to have his ID and picture […]