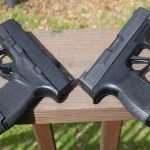 Earlier this week I received a press release from my contact over at SIG Sauer saying that they’ve initiated a lawsuit against Springfield Armory for patent infringement. The press release stated that Springfield had violated two different patents on the higher capacity micro compact magazine that the P365 series come with, and is seeking injunctive […] 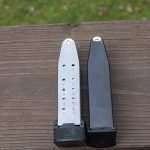 I just got wind of something in my inbox from Sig Sauer. Apparently Sig Sauer believes that Springfield Armory has infringed upon a couple of their magazine patents from the 365 line of pistols and is seeking injunctive relief, as well as monetary damages for the past and ongoing infringement. The CEO of SIG Sauer […]