Houston, TX — A man and his wife were interrupted while dancing at a bar and restaurant by another man who attempted to grope the wife at about 2 o’clock in the morning last Friday. The groping prompted the woman to slap the man, and caused them to leave. After they left, the man followed […]

Minneapolis — A smoke shop located near Hiawatha Ave and 46th was robbed just before closing. One of the two robbers got a little extra something he didn’t likely count on. The owner of the USA Smoke Shop said this: Two guys walked in with a gun and tried to rob [my employee], but he […]

Spokane County — At about 11:55 pm, Spokane County Sheriff’s deputies and Airway Heights police officers were dispatched to a reported burglary at the 2600 block of North Colville Road. According to reports, the homeowner and his wife were upstairs watching television and had just turned it off when a disturbance was heard downstairs. The […] 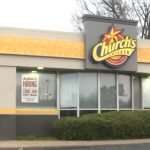 Memphis, Tennessee — There were about 10 people inside a Church’s Chicken on Summer Ave where a shootout between two people took place through the drive thru window. The shooter had been at the restaurant earlier in the day with his girlfriend, who works there. At some point before Ledarrius Stokes arrived, the girlfriend called […] 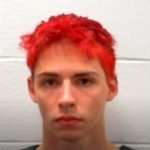 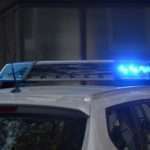 Florida — A 22 year old man was arrested on the charges of attempted murder, aggravated battery, felonious possession of a firearm, armed burglary, and shooting into an occupied dwelling. According to police, Travis Love attempted to break into the house of his ex-girlfriend at about 3 in the morning on Valentine’s Day. The ex-girlfriend […]