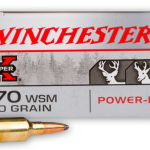 270 WSM: The 270 Winchester Short Magnum is a newer center fire rifle cartridge developed in partnership with Browning Arms Company and Winchester ammunition, making its debut and introduced to the shooting public in 2001. The new .277″ short magnum cartridge is chambered in Winchester’s Model 70 bolt action rifle. The 270 WSM is a commercial cartridge based on the […] 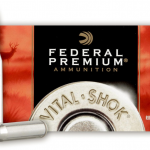 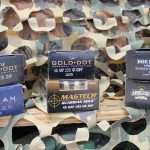 3 Near Extinct Pistol Calibers, and their more popular counterparts: In recent years we have seen a dramatic rise in the popularity of some pistol cartridges. I have had personal experience with these but as is often the case with rifle cartridges, we are now seeing a decline in the demand for some more recently […]

260 Remington History The 260 Remington centerfire rifle cartridge was introduced to the shooting public in 1997 by Remington. Remington’s 260 rifle cartridge case is based on the popular wildcat cartridge a 308 Winchester case necked down to accept .264″ caliber bullets. Jim Carmichael and Remington working together completed the development of the wildcat 6.5mm-308 […]

The 30-30 Winchester centerfire rifle cartridge is a .30″ caliber, rimmed, bottleneck cartridge case design and reloadable. Rifles chambered in this round have a barrel bore land to land diameter of .300″ and a bore groove to groove diameter of .308″. Common barrel rifling twist rates for the 30-30 Winchester are; 1 in 12″. Common barrel lengths for the […]