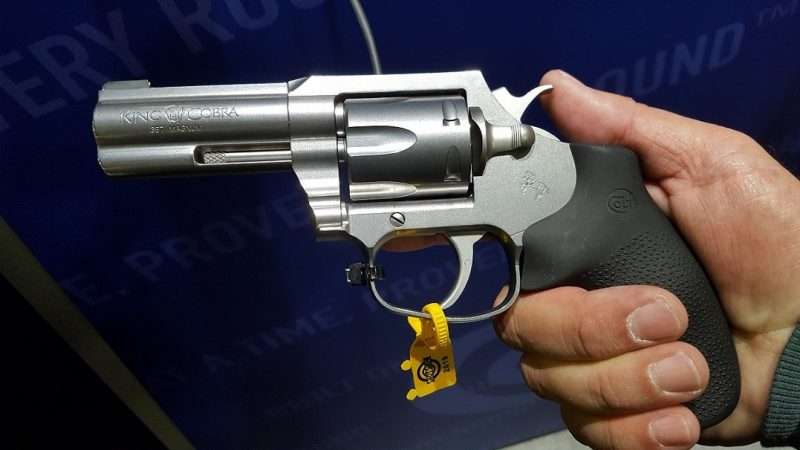 I love going to SHOT Show each year. Yes, it’s work. Yes, it’s exhausting. But, where else can I be around so many like-minded people with the common interest of being gun nuts? And, as an added bonus, I get to put my grubby hands on EVERYTHING I see, whether new to the market or otherwise.

There are always some items at SHOT Show that stand out more than the others though, and this is my lame attempt at trying to show them all to you.

Colt made its way back into the revolver market a couple years back with their .38 Special 6-shot Cobra revolver. While people weren’t upset that Colt re-entered into this market, what they really wanted was a magnum revolver.

Fast forward to SHOT Show 2019, Colt gave us what all the “experts” insisted would never happen. They gave us a King Cobra (pictured above). The King Cobra, in case you’ve been under a rock since before SHOT, is a 6-shot .357 Mag revolver.

It is sexy. The trigger is smoother than freshly filtered honey, and the trigger guard is oversized for the fatter fingers out there.

Good luck being able to find one, though. Because, much like what happened with the regular 38 Cobra, these will be hard to find in stores. I’ve never seen one in the wild outside of SHOT or other trade shows.

This could be good or bad, depending on your outlook. Good, because Colt is taking their time, not just churning and burning to produce as quickly as possible with shoddy quality control. Bad, because I want one and won’t be able to find it.

Many folks don’t understand the importance of the .350 legend rifle cartridge. It’s highly important in a few states just because there are huge restrictions on hunting with certain calibers.

There are some states with caliber restrictions on hunting. To combat this, the .350 Legend was made.

Because of this, and because the parent case is a necked up .223/5.56, there is huge application for it. Winchester, the developer, has stated that this is the fastest straight walled cartridge in production and that it hits hard. We’ve asked CMMG, the makers of the AR-15 chambered in .350 Legend to send us a rifle, and it sounds like they’ve agreed once they get a few more in stock.

Time will tell. But the CMMG Resolute looks great.

And, when you want to talk about innovation and that all you need to convert your current AR patterned rifle to accept this tremendous hunting cartridge is a new barrel, you should get a smile on your face.

If you don’t smile, what are you even doing here? 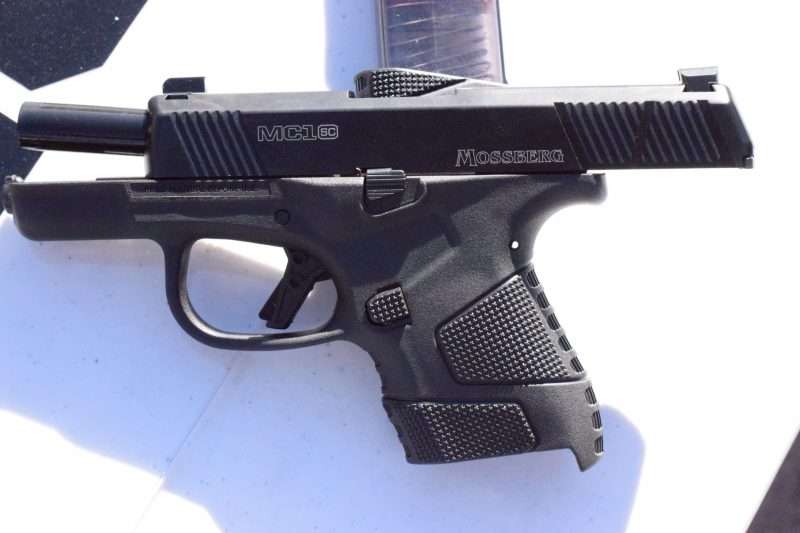 Perhaps one of the biggest surprises this year was the re-introduction of Mossberg into the concealed carry market. They had made their Mossberg Brownie way back in 1919, and a lot has changed since that point.

While there were a ton of very mixed emotions early on with some fanboys claiming it looked like a certain gun that rhymes with flock, most of those who work for the industry see the gun for what it is: A success.

I’ve now gotten over 150 rounds through one that Mossberg sent to me for a T&E and can say that it’s a great gun that handles and shoots very well.

While I don’t think that Mossberg will be overthrowing any of the kings or queens in the pistol market, they’ve definitely captured a share in it, and they’re around to stay. 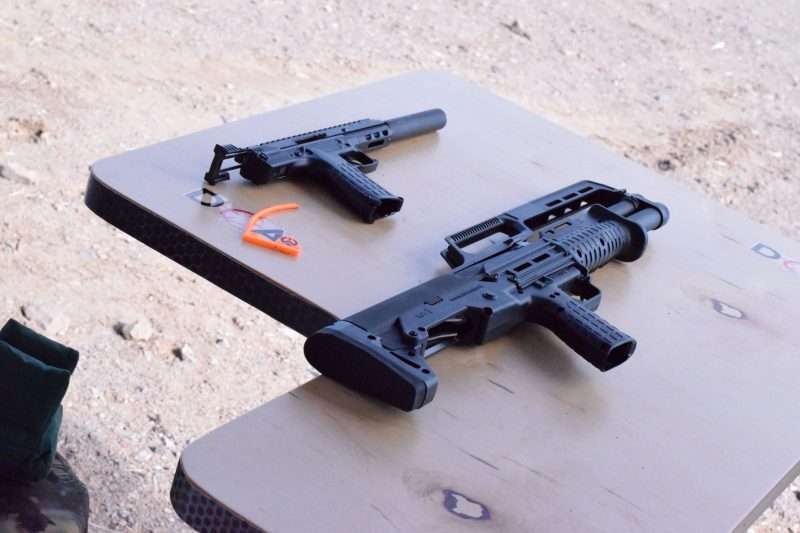 Innovation isn’t something that Kel-Tec struggles with as they continuously bring different types of products to the market. This year was no different with their CP33, a 33 round .22 caliber, quad stack handgun and their KS7 shotgun.

The CP33 is going straight after target shooters who use guns like Ruger MK III and IV, as well as the S&W Victory 22. Ya know, except that Kel-Tec gives you 23 more rounds of ammo. If it’s reliable it’ll be a great competitor in that space.

I ran out of time to shoot the KS7, but my team mates all shot it, and Joe was so impressed he said he was in the market for one. He’s promised us a review, so make sure you stay tuned for that if he can actually find one in the store.

Daniel Defense is known for their above average AR-15 platform rifles. They’ve been known as a top tier AR-15 manufacturer for a long time, so it was a bit of a surprise to some when they announced their latest rifle to the mix: A bolt action called the Delta 5.

This bolt gun helps you reach out and touch some targets being available in 308 Win, 6.5 Creed, and 7mm-08 Rem. The retail price on it isn’t too shabby either, coming in at a $2199 MSRP. I have not shot this rifle yet, but Daniel Defense makes great rifles, and I’ll be looking to shoot one at my earliest convenience.

SHOT Show 2019 was a great show. This was truly a year of innovation. Companies are doing what they can to stand out from their competition which is why we see so many companies venturing into new territory. What lies ahead? Only time will tell, but if the past couple years are any indicator it’ll only get better with more innovation from here.