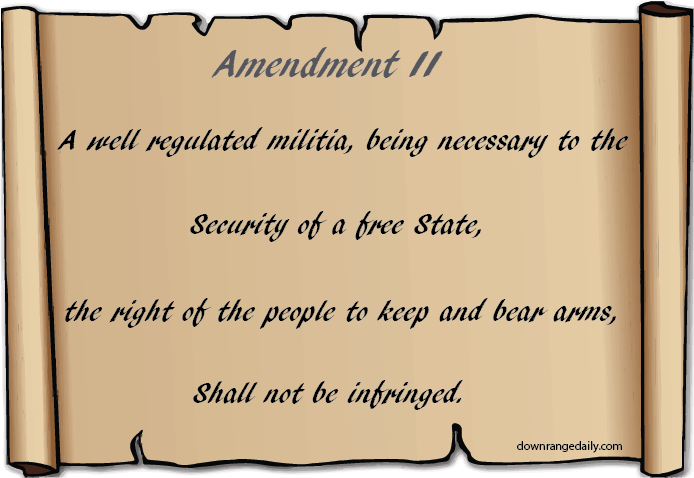 No one can argue that there has been an ongoing effort on the part of many to erode the meaning of the Second Amendment.

People talk about it all the time and these conversations have been the subject of daily public discourse in arenas ranging from politics to Hollywood. However, more recent trends seem to suggest that whether you support the Second Amendment or oppose it, the arguments have become anything but logical. This is precisely how the opponents to your firearms rights want the discussions to be framed.

They want the argument to be emotionally based, without logic. The predominant questions in the debate are more likely to be heard as, “How do you feel about everybody having the right to just walk into a store and buy a gun?”

Or, maybe you continuously hear the debate framed as, “What does it say about our society if guns are a predominant feature in characterizing our collective humanity?” And then there is the ever popular, “Do you really believe that we would all be better off if everyone was walking around carrying guns like the wild west?”

The debate being framed in this manner already plays right into the hands of progressive liberals who feel that the constitution is merely a document to begin an argument, when, in fact, it is really the document that should, for all intents and purposes, end the debate.

In many ways, the U.S. Constitution always seems to speak for itself without any cause to wonder what one “feels” about anything.

For years, one of the chief arguments in opposing the individual liberty granted by the Second Amendment holds that a “well-regulated militia” refers to the National Guard. And, if not, at least the language implies that it is a “collective right” as opposed to an individual one.

The advocates of this opinion point to the “ambiguity” of the language used within the text of the Second Amendment to support their argument. However, the language used is anything but ambiguous. To “keep and bear” anything simply means to “own and carry.”

How can this be disputed?

This is an absurd characterization and you need to look no further than the language that is used to find the logical answer. More to the point, there is no doubt that if you examine the language of the first ten amendments, commonly referred to as the “Bill of Rights,” it is quite clear that these rights were intended as individual rights to protect each individual citizen from governmental attempts to diminish individual freedom.

Collectivism has nothing to do with it.

So, let’s put that one to bed and advance the argument. Is there such a thing as “Constitutional Carry?” As previously pointed out, the logical answer can be found within the text of the Constitution, itself.

Here are the top 20 best 9mm guns on the market, right now.

Just ask yourself a few simple questions. Does the language of the Constitution, in any way, shape, or form state that a person has to petition the government to be approved for a permit (that you also must pay for, by the way) to attend a particular church, or write an editorial, or have the ability to be represented by a lawyer, or to be free from cruel and unusual punishment?

This is absolutely and unequivocally absurd! Why should we accept that the right to keep and bear arms is in any way different? Now, I know that there are those that say, “Well, we license people to drive cars, don’t we?”

That would be a good argument, perhaps, if there was a constitutional amendment that stated that everyone had a right to keep and drive cars. However, driving a car is not a constitutionally protected right.

Carrying a firearm is.

The truth is, if we want to change the language of the Second Amendment, it cannot be done by diluting its meaning with unlawful regulation and politically motivated judicial activism. It can only be done by the method outlined within Article V of the U.S. Constitution and that is to repeal it or change it legitimately through a Constitutional Convention or by two thirds vote in the Congress followed by a ratification of no less than three fourths of the States.

Until then, it must stand for what it is, as it is written, regardless of any complaints or disagreements. These facts cannot be held in dispute unless we, as a nation allow it, which it seems, we have as evidenced by the way many States have already made it virtually impossible to keep or bear arms. And, as we have no doubt discovered by now, this is the real danger to our democracy.

If you liked this article, you’re bound to love our most-read article, your home is not the impenetrable bubble you think it is. It’s about self-defense in the home, give it a read. You’ll be glad you did.