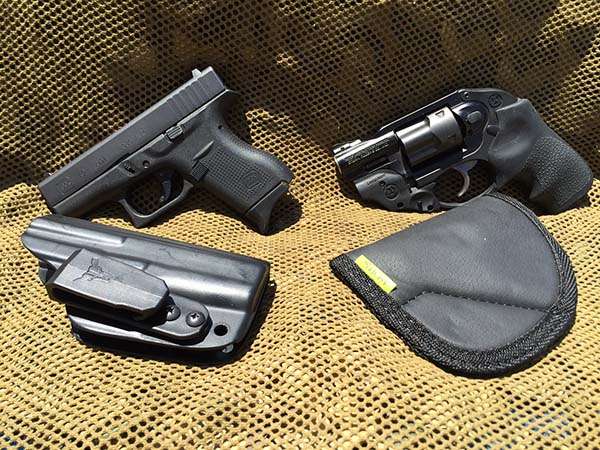 The choices for an everyday carry (EDC) handgun are endless today. Handgun make, model, double stack vs. single stack, and caliber are but a few of the questions you will need to answer if you are new to concealed carry on a daily basis.

And then there is the age old question of, do I stick with a time-tested revolver or move into the modern era of semi auto handguns? Some of these key considerations are outlined below. My commentary here is for practical EDC guns, not competitive, target, hunting, or otherwise. What follows is a breakdown of revolver vs pistol …

I started my career in law enforcement in 1985. During those years in New Mexico, very few law enforcement agencies utilized semi-auto pistols for patrol officers. If the semi auto pistol was carried by LE in those days it was almost always the classic 1911 45 ACP.

Therefore, I began my journey of handgun training for defensive purposes with an S&W Revolver in 357 magnum (the 44 magnum was carried by some). Also at the time, little consideration was given to things like recoil and the fit of the gun to an officer’s hand–if you were a cop you qualified on what they told you and either passed or failed.

So I learned the revolver well, to include speed and tactical reloads and distance shooting. Very few of these skills are adopted today by the average person carrying a revolver, because so few carry one or choose to not train.

As I see it, there is a time and place for this action type. I have used almost every well-known make and model of revolver that’s commonly seen today. Let’s take a look at the pluses and minuses. 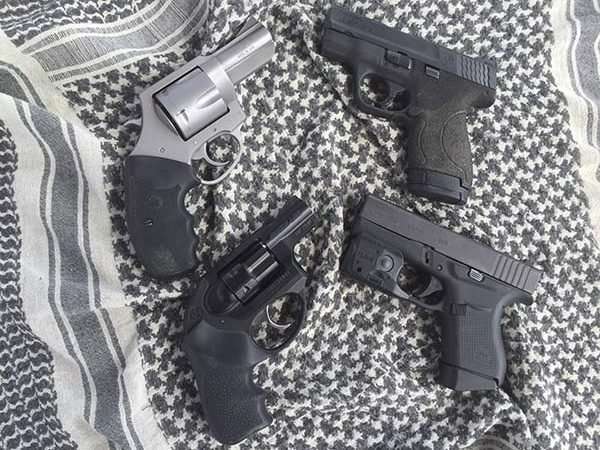 Select a small frame, i.e., 2.5 to 3 inch barrel, AKA snub nose revolver, and this gun can be easily and effectively concealed.

The old standby 38 special is a classic and probably the most common. But many of the rimless semi auto offerings are now available, including 32, 9mm, 40 S&W, and 45 ACP. Charter Arms now offers a snub nose revolver, called the Pit Bull that works with rimless calibers without the use of moon clips.

Although malfunctions can occur, they are rare. The revolver is generally very reliable and durable for EDC.

With the advent of lighter materials being used for small frame, snub nose revolvers, weight is seldom an arguing point.

Many well-known companies make good concealed carry revolvers, so there are a lot to choose from. Selections start in the $350 dollar range and go up from there.

For some, a double action trigger pull on a revolver is a drawback. With the average DA coming in at around 12 lbs, or more, it can be a challenge for folks with grip strength challenges. I recommend only firing a revolver in double action for defensive purposes even though many folks want to pull back the hammer.

As most of you know some have the hammer bobbed or shrouded, which some call a “hammerless revolver” where you are unable to pull it back.

The average concealed carry revolver has a capacity of five to six rounds. Will you carry a speed loader or a speed strip as an extra ammo source? 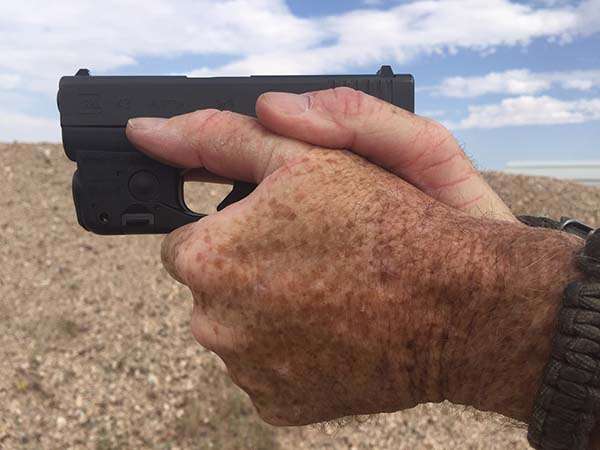 Somewhere around 1990, I was allowed to start carrying a semi auto handgun for on-duty purposes as an LE officer. My first was a Sig Sauer P220, in 45 ACP. Over the years I have carried everything from the 1911 platform to Smith & Wesson, Glock, Ruger, and Springfield (various models). Calibers I have carried for LE purposes have ranged from 32 auto, 380, 9mm, 40 S&W, 357 Sig and 45 ACP (the smaller of these for backup purposes only). I have seen a smattering of 10mm pistols carried as well.

As with the snub nose revolver, the small- to mid-frame concealed carry pistols are very concealable with the right holster systems. As a whole, the auto allows a person to carry a larger frame handgun as compared to the revolver.

Today’s semi autos, although more problematic in some cases than the revolver, are very reliable. Most of the well-known manufacturers’ models have been very reliable in my experience.

Wide and diverse to meet the EDC needs of anyone.

Today’s striker fired pistols are made from a lightweight material and there are a wide variety of choices to fit every person’s needs.

A double stack, sub compact, or compact semi auto concealed carry pistol has double to triple the round count of the snub nose revolver. Worth considering!

At the lower end of $300 to $350, autos are competitive with the revolver category in cost.

Although the revolver does have some options here, I believe the autos have an edge for choices in the area of mounted light systems, lasers, night sights and part upgrades.

For those just starting out, the basic operation of the auto can seem formidable. From locking the slide back to loading ammunition in the magazine, it can seem a bit of a challenge. Get with a qualified trainer and you will overcome these obstacles in no time.

Yes, I know this relates to reliability. Many folks have experienced a malfunction while shooting a semi auto. Most are related to magazine issues, ammo, maintenance, or shooter error. There is a reason Glock is so reliable and popular by police and military today.

I am sure there are other pros and cons for both revolvers and semi autos. Recoil is one I hear discussed for both categories when I instruct today. The reality is that recoil can be managed with proper grip, good training and some consideration to caliber and ammunition selection.

I feel there is a place for both systems in your EDC, depending on everything from the weather to your attire and confidence/skill level. In the end, I believe it all comes down to what you are most confident with and then your determination to train well and train often!

What I’d like to know now, is which do you carry? Revolver or semi-auto pistol? Tell me in the comments. Then, make sure you give this a read: Josh’s thoughts on Taurus Spectrum.