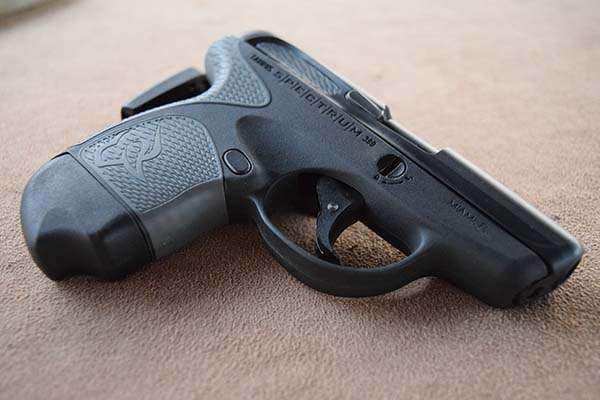 There are two conventions I try to make each year, the first one, SHOT Show, already happened. We had a great time covering it and did our best to bring you all of the goodies you wanted to see. The second, which is right around the corner, is the NRA Annual Meetings.

We will be there, ready to get you some interviews regarding any new product releases we’ve heard about, follow up on some of the products that were flashing before our eyes, and spread the love of our website to get our name out there a bit.

Here is what I’ve planned so far:

The Taurus Spectrum has this shroud pulled down over it, and nobody seems to know anything. If there is a question I get from our readers more than anything else, it’s: when will the Spectrum be available for me to purchase. Here’s the thing, I have no idea. But, I do plan to find out as much as I possibly can while in Atlanta next week. As I find stuff out, you can be sure that I’ll update you.

This is beginning to turn into a highly anticipated revolver, and I come from the frame of mind that Colt has a winner on their hands here for the wheel gun market. There just aren’t that many revolvers with the options it has, and Colt’s cult-like following is sure to help the revolver do well, once it is released. If you don’t know what I’m talking about, check out the Colt Cobra, here.

Also released back in SHOT Show 2017 was Alien Gear’s new holster system, 11 holsters in one, the ShapeShift. They gave us an approximate release date, and I want to see how it’s going for them, to see if they’re on schedule. I was at their announcement for this complete with big, green alien.

Of course, we just got wind that FN will be selling their 509 to the civilian market, and I’d like to get some camera time in with someone explaining all that went into this pistol, and give us some of the specs.

Finally, I plan to stop by the HK-USA booth to see if there are any updates on the highly anticipated VP9-SK release. They announced earlier this year that they were planning to release a subcompact version of their wildly popular VP9, which has earned a reputation as uber reliable and accurate. Hopefully they’ve got a few on hand for me to take a look at, and bring you some videos of.

What about you? Is there anything you want me to try to find while in Atlanta for the NRA Annual Meetings? Let me know in the comments below, and make sure you’ve liked our Facebook Page if you haven’t already.