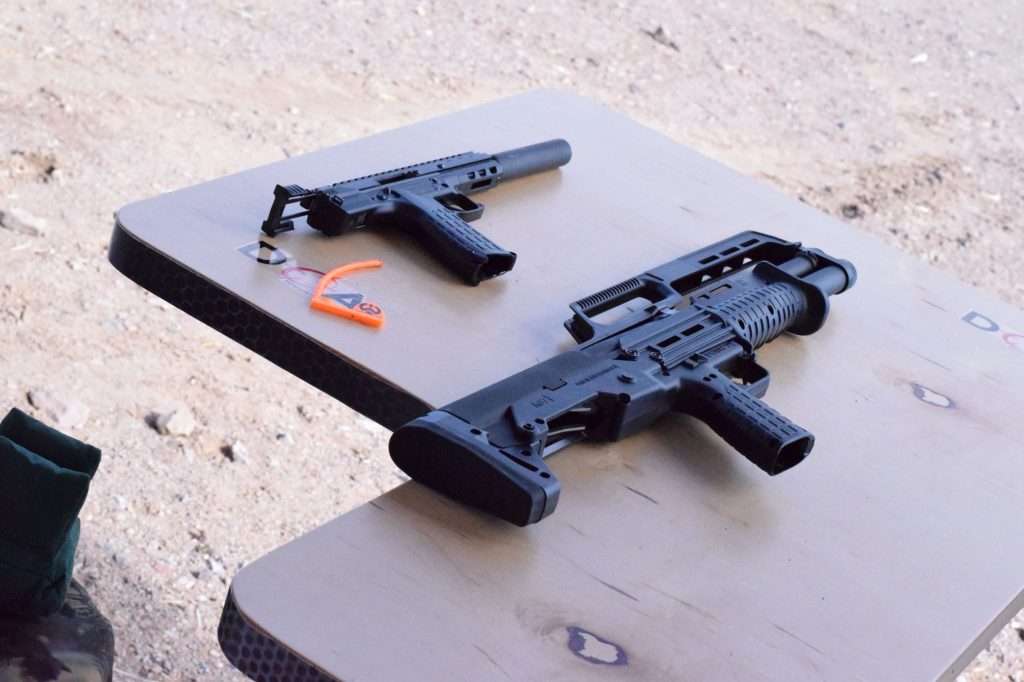 We got to catch up with Kel-Tec at SHOT Show’s Industry Day at the Range, 2019. It’s always exciting for us to see what new contraptions Kel-Tec comes out with, because unlike some of the other companies out there, they continue to innovate with new, out of the box designs. 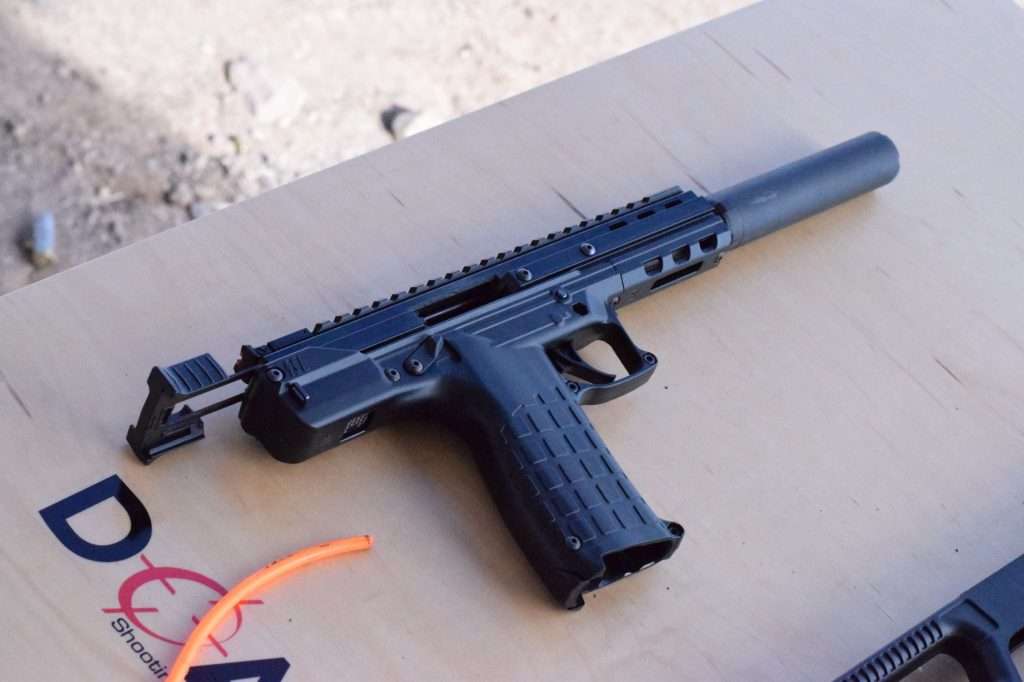 This time around, they had a new 22LR handgun that looks to rival popular handguns like the Browning Buckmark, the Ruger MKIV, and the S&W Victory. Ya know, only the CP33has a magazine capacity of 33 rounds making whoever shoots a competition with this thing king or queen.

Also topping off the Kel Tec CP33 are windage and elevation adjustable fiber optic sights, a rail for a red dot, and a threaded barrel to attach a suppressor.

I had the chance to put some twenty twos downrange with this little bad ass and can tell you that there was almost zero muzzle rise, and the suppressed version was very quiet. It was also easy to shoot, accurate, and a ton of fun.

The magazines are clear so you can see immediately how much ammo you’ve got inside, and the MSRP isn’t too far outside what others would charge for a similar pistol, if you can find one, at $475. 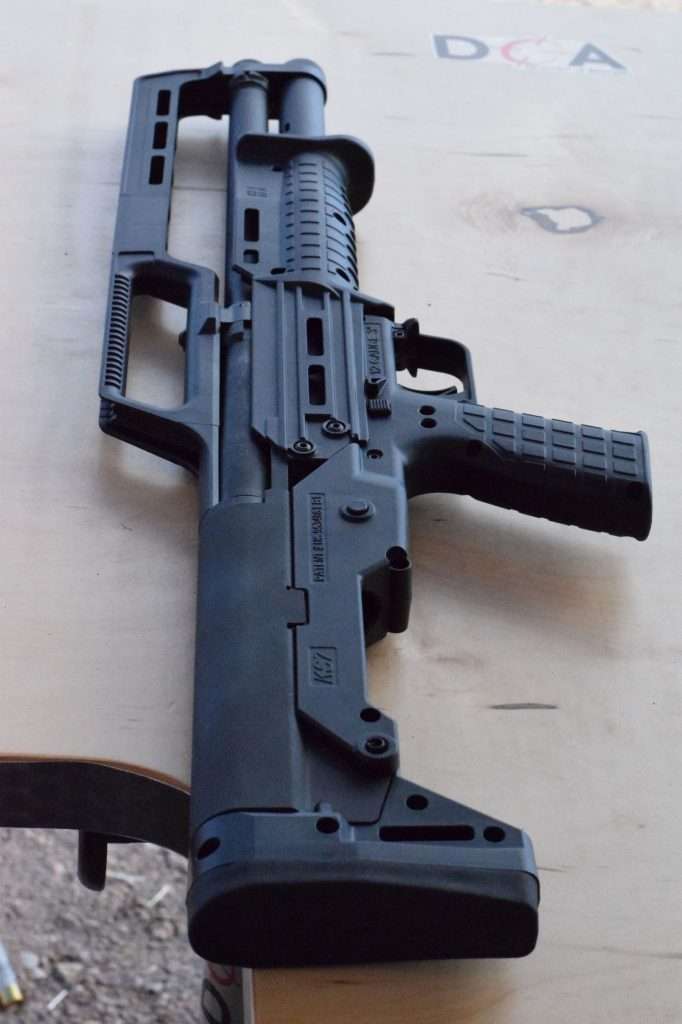 Also new this year from Kel-Tec is the KS7 Bullpup shotgun. Now, I didn’t get a chance to shoot this one so I won’t talk much about it this time around. But, what I can say is that Joe said he wanted to buy one, and that can only mean that it’s a stellar shooting shotgun that looks great for home defense scenarios.

This pump action 12 gauge shotgun has a single tube that is loaded from the rear, and ejects the shells out of the same port. MSRP is set to $495, and looks to be an all around great gun.

You can see some of our Industry Day at the Range coverage showing these brand new to market guns, here:

Of course, this is all only good if you can find the guns in your local gun shop or have them ordered. History has shown that Kel-Tec guns aren’t the most readily available ones out there. Let us know what you think about these new guns from Kel-Tec in the comments below.