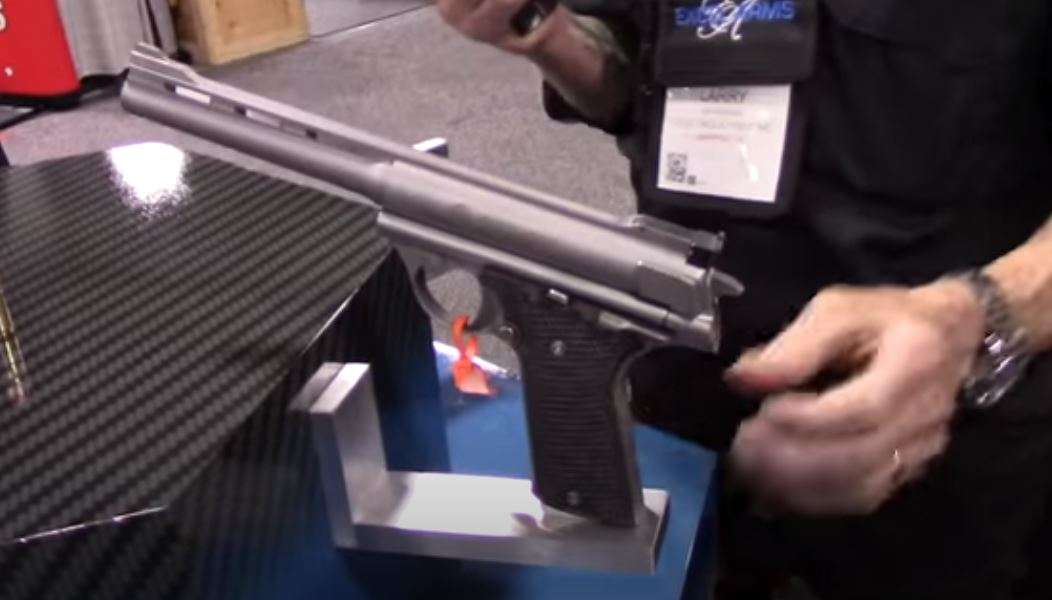 I love to get emails with good news in them. In the world which we currently live, it’s hard to focus on positive things when everything is seemingly negative.

But I have to bring attention to the email I was just sent from Auto Mag that gives us some very good news about their production timeline.

We’ll get to the good news in a moment, but before we do, it is of importance for you to note that we first started to cover this story a couple years ago as Joe got a chance to interview the guys at the company who wanted to bring back the Auto Mag in all its glory.

For some background in case you have no idea what the Auto Mag is or what I’m talking about, you can view the video from the 2018 SHOT Show, here:

(and if you’d consider subbing to our channel, I’d be tickled)

It’s a fabled gun with a cult-like following (think Dirty Harry), and one that hasn’t been produced in any quantities since the early 1980s.

And then, here is the exciting part from the email I just opened from the people over there:

We are in the middle of completing the function fire test and we have learned a great deal about the service life of our parts and how they work together. It will probably take a few more weeks to complete our testing cycle for the Auto Mag. In the meantime, we are ramping up the production line to try to hit our production goal of 100 Auto Mags per month by September.  (Yes, I said production in September!)

So with things currently moving as they are, the Auto Mags should be in production by September and they’ve been hiring employees to help make it happen.

The email goes on to say that they are hoping to increase production numbers with each run as they make more of them. So, while 100 guns per month isn’t that great, they’re hoping it gets better. And hey, I’m just happy they’re starting somewhere.

If you’re looking for one of these beauties, it’ll set you back about $3,500 for the base level. Ammo isn’t that popular for these either, but they’ve apparently purchased 100,000 rounds to have on hand.

While that’s not an earth-shattering round count, I suspect that they’ll have to keep up with demand and if they can make and sell a lot of guns, who knows which company might start making it if there’s money to be made in doing so.