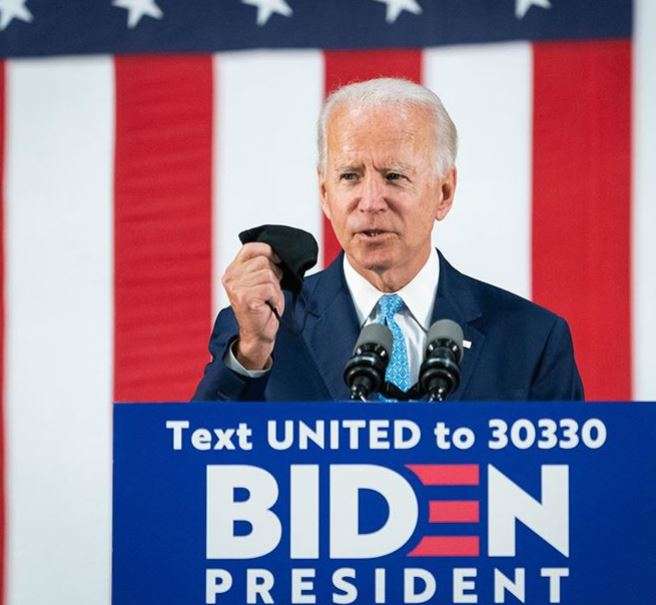 Regardless of what you may think about our current president, Donald Trump, I think we can all agree that Joe Biden is a like a butter bar lieutenant walking around the wilderness with a compass and map:

Lost, confused, clueless, and yet still ready to impose his will upon his lowly subordinates.

And, I want to be 100% clear here, his age and therefore his health, are exactly what the problem is, well, one of the problems, anyway. Anyone looking at this man can tell he is not well mentally. I think it’s safe to say that whoever he picks for his VP nominee will end up being president just because of his mental status.

I want to be clear, I’m not making fun of Joe. I think it’s sad. I think he’s sad. And, I think the party that elected him, a man who sometimes thinks he’s running for a senate seat and may not even know which planet he’s on, is really sad.

The democrat leaders know he’s unwell, mentally, and yet they support his election anyway. Why? Because it’s their only choice. I’m not trying to bash Biden, I believe he’s probably a decent guy who means well. But I do believe he has Alzheimer’s or something similar and is unfit to lead this country.

Having said all of that, Biden has had to go so far to the left that he put forth a gun control plan that is utterly atrocious. What follows in the rest of this article is that plan.

This makes sense at first glance. Right? I mean, why wouldn’t we want to hold these people accountable for actions they didn’t commit? Makes sense by today’s standards, but I’ll digress that point and just say this — can you imagine if we sued Ford or GM every time a drunk driver killed someone?

It’s really the same thought. Or, what if we sued the plastic manufacturers for knowingly putting carcinogens in the material that holds our food?

Biden will ban the manufacture and sale of “assault weapons” and “high capacity magazines:

Dafuq is an assault weapon? Who makes the decision on what one is? If it’s anything like what California or Maryland put forth, it’s almost everything.

Then again, if the gun grabbers had their way they’d have us defending ourselves with single-shot smart guns that shoot weed out the end.

Moving on, Joe’s website states that ducks are better protected by the federal government than children are. Though, I doubt the thousands upon thousands of unborn babies murdered each year would agree with that statement.

I want to be clear on something, I’m not sure who wrote the words out on this website, but whoever thinks that ducks are more protected than children are is an idiot.

Anyway, it’s his plan to make it impossible for gun manufacturers to circumvent the law by making minor changes.

Joe wants to put “assault weapons” under the NFA:

The National Firearms Act is that thing controlled by the ATF that heavily regulates certain things like suppressors and machine guns. It’s that thing we thought Trump was going to fix if elected, only to have the bump stocks re-classified as a machine gun. That, by the way, really pissed me off. I didn’t own a bump stock, and yes I thought they were kinda dumb. However, that was still a dumb move on his part.

If Biden has his way he’d put “assault weapons” (whatever they are) under the NFA also. Though there really is no telling what an assault weapon actually is.

I love buyback programs. I mean, how else can you sell something back to the government that was never theirs to begin with? Oh, right, with tax money and lies! This crap costs money and the average citizen would carry the biggest weight of something like a gun buy back.

You know what the real kicker is? There are MILLIONS of guns out there. To get a fair price for these guns would likely cost the taxpayers BILLIONS of dollars just for gun buybacks.

And, let’s not forget that the government never owned them anyway. Or, is that just the democrat way of thinking? Everything is owned by the government apparently.

Of course, there is an out to this one. If you don’t want to sell your guns you can register them under the NFA.

You smell that? Smells like a war is brewing. This little thing called the Second Amendment.

Under a Joe Biden presidency, he’d reduce the stockpiling of weapons by limiting the purchase to one gun per month per individual.

Last month alone there were 3.9 million background checks done via the FBI. That doesn’t translate into actual guns sold, but some estimates put that at about 2.5 million guns sold.

But seriously, I take in more guns than that each month just for reviewing purposes. And he’s nuts if he thinks I’ll stand by and let him ruin my livelihood. Dude dun lost his marbles.

If Biden gets his way he’ll make it illegal to sell ammunition, firearms, gun parts, and kits on the good ol’ Interwebs.

My first argument to this, is that this legislation alone would put countless people and companies out of work. But, I don’t think he cares a whole lot if you or I can feed our families so my argument there just goes out the window.

I don’t know that I have another argument, other than it’s just stupid to ban the sale of stuff on the Internet. I mean, in all honesty, how dare you?

Oh, we’re not done here. There are thousands of words on his gun control page and I’m not going to dissect everything here. What other things? Here’s a short list of more but I’m getting so pissed off I can’t continue:

I urge you to go read the page here, then once you get there click on the upper right hand corner to go to the actual page (because he feels entitled to your money and makes you click again).

What a mess. Joe’s a mess. His plans for gun control are a mess. Everything is a mess.