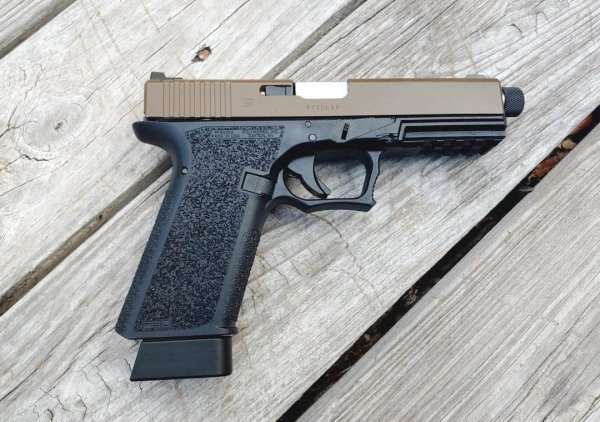 We keep hearing many gun owners from across the nation saying that they can’t buy guns. NICS is shut down in some cases, and in other cases, that state has put a limit on what you can and cannot buy. This coronavirus thing is really jacking some people’s lives up.

I spoke to my friend Chad the other day from Texas who reported this very thing to me. There really isn’t much any of us can do about this entire thing, except start building our own guns.

As far as I know, a majority of states will still allow the shipment of 80% guns, and then all you need to do is make the gun. Heck, I’ve done it before, and if I can figure it out anyone can.

I’ve built both pistols and rifles. Let’s take a look at what is out there right now, as of this writing, that can be purchased.

Brownells, as of this writing, has some 80% lowers and in stock for both Glock pistols and AR pattern guns. They don’t have many so you’ll have to move to buy them NOW if you’re serious about this.

Because the lower receiver is considered to be the gun, and the 80% receivers aren’t technically guns, you can buy them and have them shipped to your house so you can finish them.

Please note that they are more expensive than, say, what you’d find at PSA, who also still has some barreled upper receivers in stock.

Once those resources start to run out, there is another that many people don’t know about, and that’s Aero Precision’s sister company, Ballistic Advantage, who also offers up barreled uppers, likely made by Aero Precision, on their website.

You can find BA’s uppers here.

You can check availability here.

Lone Wolf also stocks the rest of the parts you’d need to build your Glock pistol from 80%, to include slides, barrels, and parts kits.

You can find that stuff, here.

Palmetto State Armory has 80% pistol parts and lowers in stock. Quite a few of them, actually. And, it looks like you may be able to build an almost complete pistol, using parts you can source from there.

Here is the page I found this stuff on.

As of this writing, Ranier Arms had a complete 80% pistol kit you can buy that comes with EVERYTHING you need to build a Glock pistol and have it shipped to your front door because it’s not technically a gun yet.

You can find that here.

My preferred jig, which is a necessity if you’re planning to accurately finish your AR pattern gun, is from these guys who still seem to have jigs in stock:

The point, is that there are ways to get around the blockade on gun buying if you’re willing to build the guns yourself, instead of letting people make it so you can’t. The key, is to take advantage of this while you can, because once more people catch on, stuff will be going out of stock much faster.

Have you ever done an 80% gun before? Let us know in the comments below.