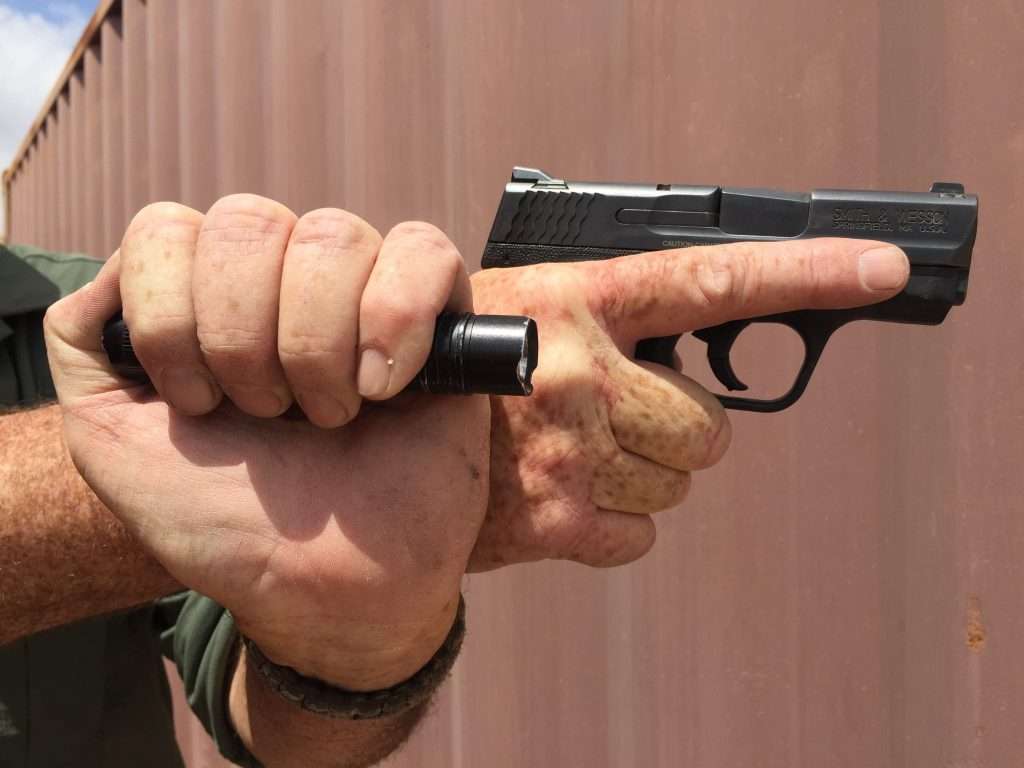 When it comes to self-defense, just knowing what the law states is never enough.

The main reason why, is because whatever language is used in the specific law that you are reviewing is never enough to give you the entire meaning of that law. This is amplified when you are dealing with laws that define what justifies certain conduct regarding the use of force against another human being.

Before we move on, however, let me tell you why I feel as though I’m qualified to talk about this subject. I’m a retired PA State Police Corporal, an Army Veteran, and active instructor with decades of experience.

I do want to point out, however, that I’m not a practicing lawyer, and nothing I’m about to say to you should be taken as legal advice. Always seek out a professional attorney, should any questions arise.

And that, my friends, brings us to the definition and context of this installation on understanding deadly force, the “reasonable person standard.”

This principle exists to try and qualify actions by determining whether what was done by an individual could be deemed as comparative to what any reasonable person would do in similar circumstances.

For example, if you walked into your kitchen and the stove was on fire, would you grab a fire extinguisher and try to put it out like most other reasonable persons?

What if you grabbed a can of gasoline and threw it on the fire, instead? Does that sound like something a reasonable person would do? Probably not, and that is a simple way of explaining what the reasonable person standard is.

As you can see, it is a very subjective standard based almost exclusively on perception. Now, how does this factor into how the law describes criminal behavior, or more importantly, a justification defense?

When evaluating whether your actions were justifiable in a self-defense scenario, the court will basically decide the following: Would your actions be commensurate with the actions of any other reasonable person in that same situation?

Here is an example: If you are trying to unlock your vehicle in a dark parking lot and you turn to see a masked subject approaching you wielding a weapon (of any type), would it be reasonable to assume that anyone with the capacity to defend themselves in that situation would do so? The short answer is obviously yes (I would hope).

So, in a fit of rage you determine that those remarks constitute a threat and you draw your trusty pistol and drill your significant other between the running lights.

I’m pretty sure that any legal standard in the country would definitely not consider those actions as being reasonable, even if you felt it was, at the time.

Naturally, this is an oversimplification of the matter, but I want you to see how the basic concept works. It is only fair to say that, in many ways, there can be more difficulty than you think in applying the reasonable person standard, especially if the circumstances surrounding the incident become a bit more complicated.

And, as we have discussed previously, the reasonable person standard is only part of the recipe.

It is only a small step in the overall process in which the courts evaluate a person’s conduct under the law when trying to determine in what manner the law applies.

Definitions are very important and this one is no less important than any other. So, I just wanted to shed some light on the definition of the reasonable person standard before moving on, because we will be using this term frequently in the coming weeks as we delve deeper into the mysteries of the law and the use of deadly force in self-defense.

Was this a new topic for you? Are you enjoying these installments?