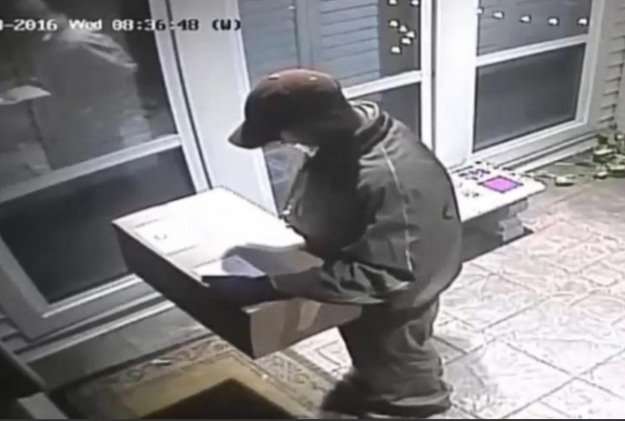 The self-defense lifestyle involves having a mindset that must become who we are, much in the same way the ability to fly is a part of the bird. We must become a student of self-defense if we are to become proficient at it, and learn to be prepared for anything even in our home.

Protection of self and family is all-important, especially in today’s uncertain times.

Something that many people don’t realize, is that the gun they carry outside everyday isn’t the only aspect to consider. In fact, self-protection often overflows into the home.

A video recently surfaced of a team of nice folks pretending to be package delivery drivers.

The person ringing the doorbell was NOT the UPS driver he was impersonating. He was a criminal looking to inflict pain on an unsuspecting victim. The next few paragraphs are a summary of that story:

Imagine, if you will, sitting at home one night catching up on your favorite TV show. Out of the blue, the doorbell rings. As you always do before you answer the door, you look out your window. This time you see a man dressed in a brown UPS uniform holding a large box.

It’s late, but late deliveries aren’t incredibly out of the ordinary during the Christmas season. 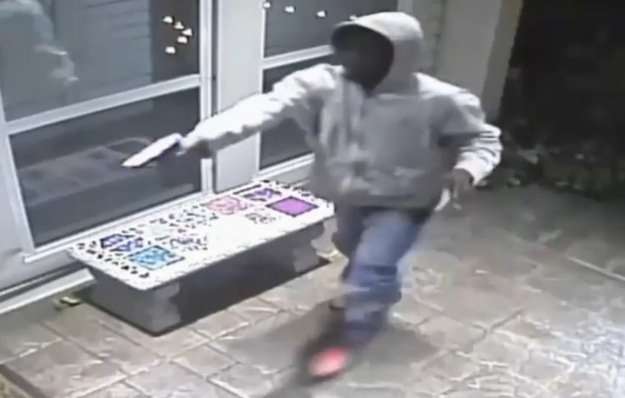 As you mosey on down to the door to sign for the package, you don’t notice that there are several other people hiding where you can’t seem them. The instant you open the door, you’re rushed by several armed men, knocking you down and forcing their way inside to have their way with you and your belongings.

This is just a rendition of how that story turned out, but I was obviously not there and don’t know all the details. Again, that is a true story. Here’s the recording of it:

You can imagine how the rest plays out, right?

But this is just one scenario where a break-in has occurred where honest people were at home and got hurt, or dead, because they weren’t prepared.

Your outlook on life, and how you participate in the firearm and self-defense lifestyle decides your outcome in a situation like this.

Remaining in a state of situational awareness is key:

Your home is not the safe little bubble you’ve grown to think it is. Your house is not some impenetrable fortress.

In fact, as with many of the things we own, the buildings we live in often give us a false sense of security that can be manipulated by those on the outside with just a little ingenuity and some desire.

Sadly, many people believe that break-ins only happen when nobody is home, or when they’re fast asleep in bed. Not only is that a false thought, in the case of the above real-life scenario, the criminals needed for the victims to be home in order for their scheme to work.

The self-defense lifestyle dictates that we, who are willing to self-protect with a gun, need to understand that an attack can happen at any point in time. We must be ready for that time should it ever come.

In order to do this, we need to remain aware of every situation at all times. Ask yourself a question when you hear the doorbell ring: “am I expecting any packages today?” or, “why don’t they just leave it at the door like they do every other time?”

If the answers don’t add up, you need to take a different approach. You can turn a delivery driver away if you feel unsafe. Or, you could take matters in a different direction, entirely. The next few paragraphs are an actual story of mine:

A few weeks back, it was about 8 pm when my German Shepherd Dog started losing her mind and alerting me of an intruder. I knew something was up because I have her trained so that she only barks when she feels a stranger is approaching the house.

My wife had just brought our little girl to a dance lesson, and accidentally left the front door open with nothing more than the screen door protecting us from the outside.

I was home with two children and the dog.

As a personal ambition, I’m never more than one arm’s reach from a firearm even in my own house. Home carry is something I practice on a daily basis, and if not, I’m never far from a gun should a break-in occur while I’m here.

This was one of those rare days where I removed my gun, put it away, and failed to put it back on. However, I knew where I was in the house, and knew that I had a gun not far away.

I did not have any scheduled deliveries, so there was no reason for someone to be at my house at this time of day. I grabbed a stashed 1911 and walked down the hall to the top of the stairs, looking down the 6-steps toward my front door.

I didn’t have to wait in the ready position for long, as I remained in my tactically superior position, partially covered. I saw a man in a brown uniform set a big cardboard box down on my landing, and as he did he looked up at me through the glass door.

With an “oh shit” look on his face, he waved and backed away very, very slowly.

I was not expecting a package that night because I was aware of my surroundings. We get notified via email when a package is due, and we pay attention to that sort of thing in my household. It turned out to be our neighbors box, not mine.

Some would say that this was too far for me to go. I would argue against them with the poor guy who got the snot kicked out of him by several pistol wielding “delivery guys.”

Had the front door not been left wide open, it would have played out very differently and that poor sap never would have seen my 1911.

Our houses offer no more protection than the local Walmart does, unless we remain aware of our surroundings and tactically superior to any potential threats that may intrude on us, willing to do us harm.

Furthermore, every situation is different, and all we can do is improvise, adapt, and overcome whenever something like this presents itself. Welcome to Down Range Daily where we discuss topics just like this one as we maneuver the self-defense lifestyle.