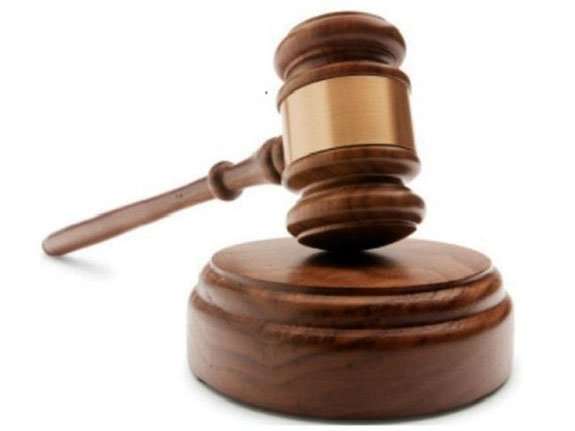 But, does this necessarily mean a defeat for supporters of the Second Amendment?

If you’ve been following the news lately, you’ve no doubt heard that the U.S Court of Appeals for the 11th Circuit, in a 10-1 decision, has overturned Florida’s Firearms Owners’ Privacy Act after several nationally recognized physicians’ groups filed a lawsuit alleging a violation of their collective First Amendment rights.

In contrast, the State of Florida maintained that the law was passed to protect the Second Amendment rights of Florida’s law-abiding gun owners.

Before we start jumping to conclusions, decrying the judicial activism that we’ve pretty much become accustomed to over the last thirty years or so, I suggest that we take a deep breath and evaluate the court’s decision to see what lessons can be gleaned and determine how to best stave off any unfortunate consequences of this latest development, if any.

Basically, the 2011 Florida firearms law prohibited doctors from asking patients about firearms ownership and recording that information in a patient’s medical record.

In the suit filed before the courts, opponents of the law alleged that this controversial piece of legislation resulted in a doctor’s inability to provide honest medical treatment and advice, even if that advice extends to the personal ownership of firearms.

Proponents of the law argued that it was necessary to enact legislation that sought to protect the privacy of persons who lawfully own firearms and avoid harassment that may be found at the hands of a doctor or other healthcare service providers who may have a bias towards the ownership of firearms.

The Second Amendment has never been construed to protect a person’s gun rights from another private entity. Any private entity can exercise its own judgement regarding any restrictions it would wish to impose regarding firearms in areas that a private entity has legitimate authority over.

For example, if you work at a private business that does not allow you to carry a firearm, by agreeing to be employed by that private business, it is implied that you will abide by their decision at the risk of being fired if you fail to comply.

A law that compels a private entity to allow you to carry a firearm against the wishes of their employer would be just as unconstitutional as any law that told a private entity that they could not allow firearms to be carried on their premises.

The U.S. Constitution and the interpretation of its provisions is supposed to be immune to personal ideological beliefs. By extension, one must be intellectually honest and ask the question, does a conversation with one’s doctor constitute an act of governmental administration? The answer is, absolutely not.

Now, if there was a law that required physicians to ask their patients about their firearms, and then provide that information to the government, I believe that a strong case for dismissing such a law would certainly exist.

I suppose you could argue that a person who does provide information about their firearms could run a risk of having that information forwarded to a government authority, but that would be inconsequential given that all medical information provided to a doctor is already protected by strong laws that restrict disclosure of a person’s medical records.

Furthermore, any healthcare provider who releases such information without the express consent of the patient could face extreme consequences for such a breach of trust.

More importantly, there was a development in this case that does merit some considerable attention regarding the rights of law-abiding gun owners. Although the court determined that the restrictions imposed upon the healthcare providers regarding the ownership of firearms violated their free-speech rights, the court did affirm the provision of the law that prohibited the refusal of treatment because a patient has a favorable opinion of gun ownership, which is vitally important to anyone who strongly supports the Second Amendment.

In conclusion, I will say this. In my opinion, it is none of my doctor’s business whether I own a firearm or the manner in which I keep it. Furthermore, if a situation develops where it seems to be fashionable for a physician to use their profession to express an unreasonable bias towards me or a member of my family because of my support for the Second Amendment, then I can remedy that situation easily enough by finding another doctor.

It is sort of the same logic I use whenever I make a choice to determine who I do business with. Wherever I see one of those politically correct “no firearms allowed” signs, I go somewhere else for wings and a beer.

In other words, if you overtly marginalize me because I believe in the value of owning and carrying firearms, I’ll take my business somewhere else.

That’s the beauty of a free-market system.

But, that does not detract from what I must admit is a correct ruling on the part of the court based on the legal merits as I understand them. I may not like the opinions behind which any physician, or other healthcare provider may wish to marginalize me, but is it really necessary for the government to protect me from my doctor in that way?

I’m pretty sure I can handle that all on my own. In the end, we need to be constantly aware of the need to restrict the actions of government precisely because the government can mandate compliance and assign considerable consequences in the event of non-compliance.

In the free-market system, of which healthcare providers are a part, I can choose to go somewhere else to receive care without paying a fine or going to jail, and that is the considerable difference between the two. For the most part, the court agreed.