I keep seeing these memes on Facebook and other social media channels that go a little something like this: 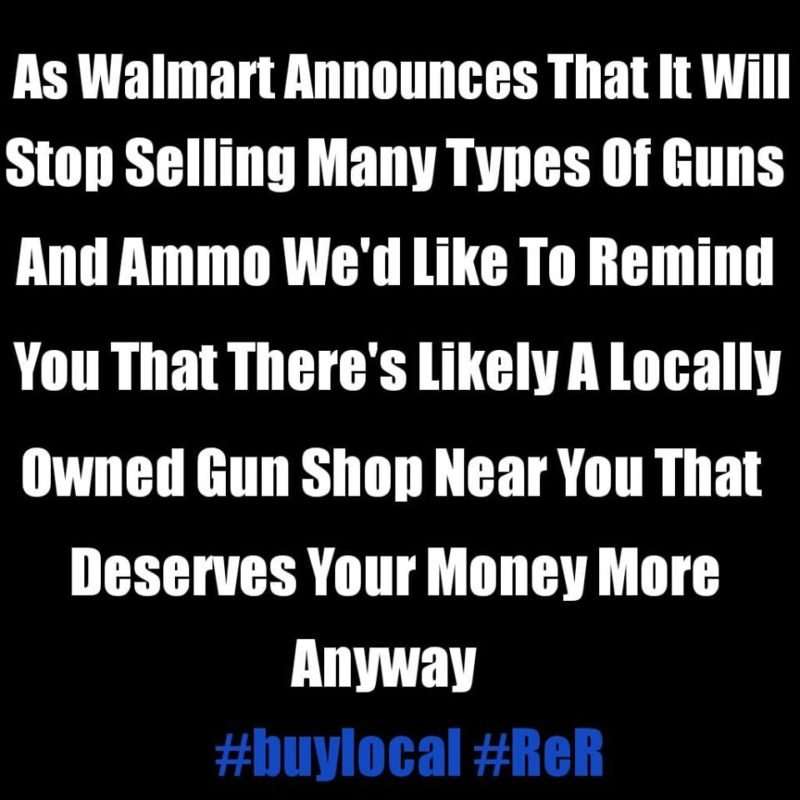 I do not disagree that it is better to give money to the local gun shops, especially now after this nonsense with Walmart taking an anti-gun stance.

However, I just want to point out that there is a reason why people, me included, would shop at Walmart to buy some of our ammunition. It was cheap.

And, there is a direct correlation to your proficiency with a firearm and the cost of ammunition. When the ammo costs more, you train less because you can’t afford to shoot as much. The opposite is true when the circumstances are reversed.

That’s just the way it is with all things, no matter the niche. If you can do something more, also known as practicing, you get better at it.

So, what follows is a suggestion to the local shops as well as online ammo retailers who will now by default automatically get more business from gun owners who will not be buying from Walmart any longer: DON’T GOUGE YOUR PRICES ON AMMO.

Nobody expects you to lose money, but those of you who are price gouging are just douche bags. Why?

Because people need to train for their self-defense, hunting, competitions, etc., and if you’re price gouging people then they’re not putting the sufficient amount of lead downrange to get the job done right.

Not all stores do this, and I’ve been in my fair share where the prices were great. However, there are plenty of stores who do raise their prices beyond what should be expected to pay. And some shooters just don’t know any better for whatever reason.

Oh, and it helps me out if you just happen to buy ammo from my affiliate link.