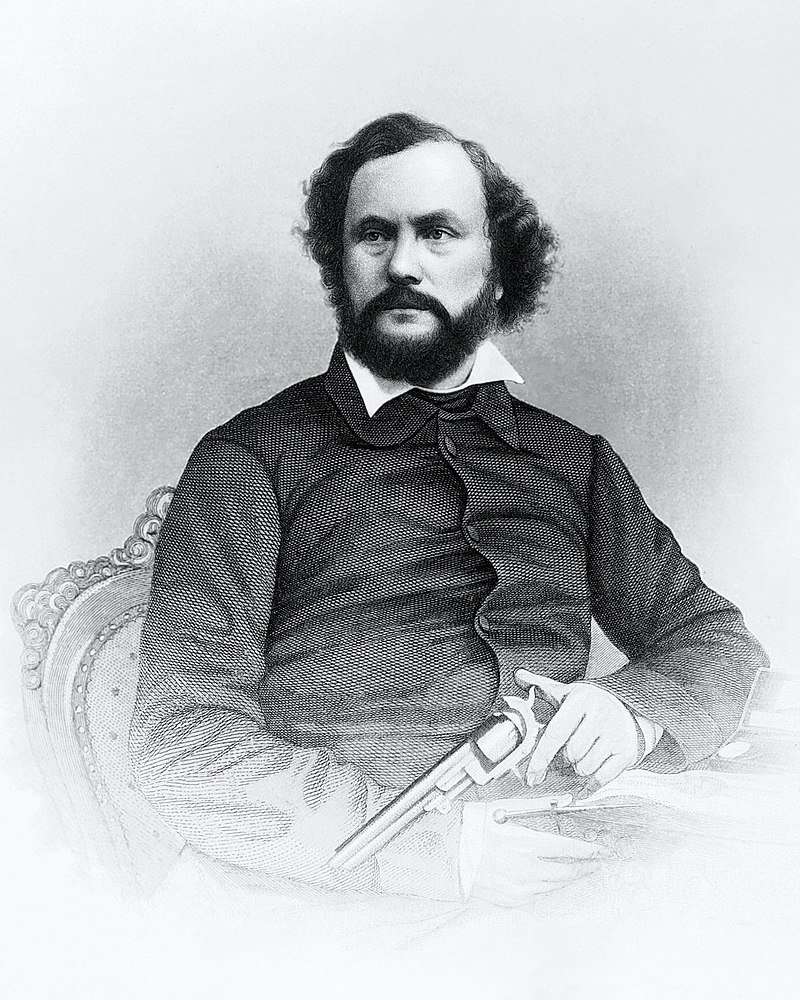 In 1855, Samuel Colt incorporated his business in Connecticut as the Colt’s Patent Fire Arms Mfg Co., with an initial issuance of 10,000 shares of stock. Sam Colt retained ownership of 9,996 shares and gave one share to each of four business associates.

By 1856, the company was producing 150 weapons a day; and the reputation of Colt firearms for exceptional accuracy, reliability, workmanship, and design had spread throughout the world.

Samuel Colt died on January 10, 1862, at the age of only 47, having produced in his lifetime more than 400,000 guns. His estate was reportedly worth $15 million, a fantastic sum for the time. Following Sam Colt’s death, control of the company remained in the capable hands of Mrs. Elizabeth Colt and her family until 1901, when the company was sold to a group of investors.

By 1955, the company was losing money so, Colt’s board decided to seek a merger partner. They found Leopold D. Silberstein and his company, the Penn-Texas Corporation, a new type of holding company called a “conglomerate.”

Changes came again in 1964, when the parent company reorganized under the name Colt Industries and the firearms subsidiary became Colt’s Inc., Firearms Division.

Another significant event in 1986, however, was the commencement by the United Automobile Workers Union of a bitter strike, which began on January 25, eventually, the strike was brought to an end in March, 1990, with the sale of the Colt Firearms Division to a three-party consortium that included private investors, the union employees and the Connecticut State Employees’ Pension Fund.

Just two years after the sale, Colt firearms was bankrupt and it entered Chapter 11 bankruptcy reorganization proceedings in March, 1992. Litigation commenced over rights to the Colt name and trademarks.

Despite bankruptcy and litigation, however, the business of the company somehow progressed. In 1994, while still in Chapter 11, the company closed the Hartford Armory and relocated the entire business to the West Hartford manufacturing facility from which it operates today.

In September, 1994, a new group of investors purchased the company and Colt finally emerged from the eight-year period of turmoil that began with the January, 1986 strike.

The most significant event of 1999 was the arrival of Lt. Gen. William M. Keys USMC (Ret.) as President and Chief Executive Officer. A decorated combat veteran of the Vietnam War and Operation Desert Storm, Gen. Keys took the helm of the company at a critical time.

Dozens of municipalities around the country had brought lawsuits against Colt and other leading handgun manufacturers, distributors and dealers and the cost of defending the litigation threatened to bring the company and the other manufacturers to their knees.

Gen. Keys shepherded Colt through the legal thicket and presciently and successfully reoriented the business back toward military and law enforcement customers.

Those efforts culminated in the 2002-03 spinoff of Colt’s military and law enforcement rifle business to Colt Defense and the establishment of the Colt M4 carbine as the standard-issue combat rifle of the United States Army and Marines. As a combat veteran and an avid shooter and collector himself, Gen. Keys has provided the company with a leader who appreciates and understands firearms as few others do.

The year 2005 marked the 50th anniversary of the Colt Python®. Highly embellished with gold inlays and select walnut grips, the 50th Anniversary Colt Python was a smash hit with collectors.

In 2008, Colt brought back the Frontier® Six Shooter and Sheriff’s & Storekeeper’s models for collectors. The Combat Elite® also was reintroduced in 2008, offering an upgraded XSE package that provides users with options above standard XSE series guns.

For 2009, the company has brought back the 10mm Delta Elite®. A competition model for the avid shooter, the 10mm retains its original design with a forged stainless steel frame, slide, slide stop, and barrel.

Fast forward to 2017, Colt’s Manufacturing brought back the first snake gun after decades of being gone, and this year the first magnum version.

Check out our review of the Colt King Cobra, next.