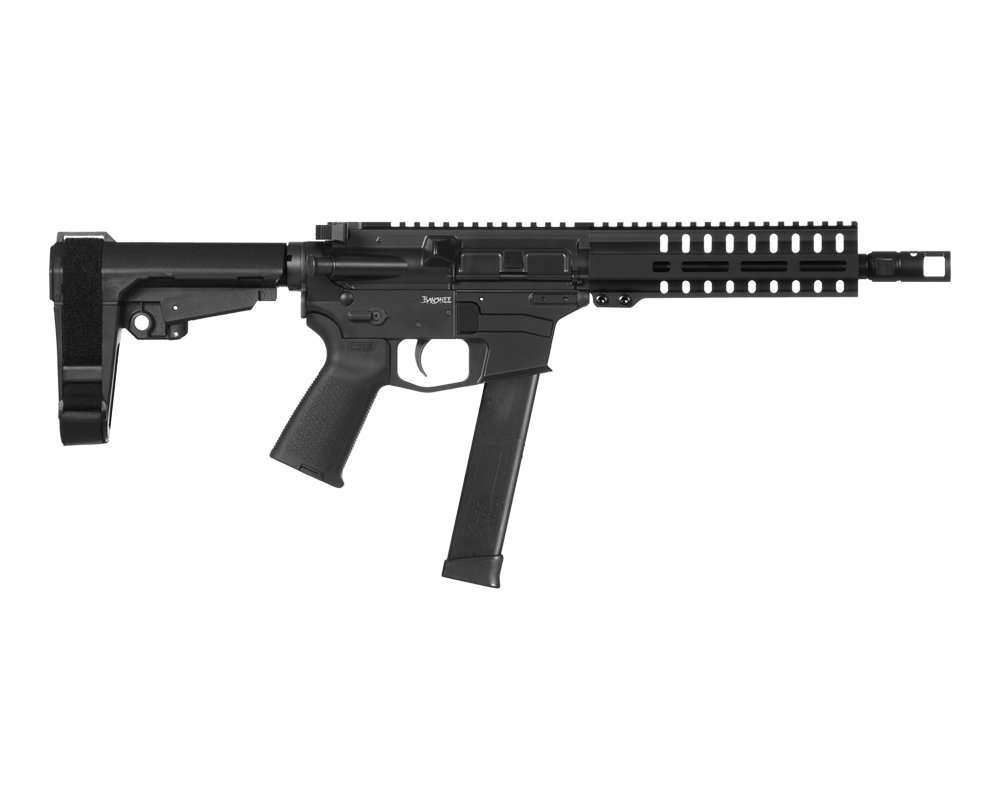 CMMG announced their radial delayed blow back 10mm Pistol Caliber Carbine (that actually isn’t a PCC, but an AR-15 pistol or SBR) that looks like a beast for home-defense. It is available in several different colors, accepts Glock 10mm magazines, and is right at home with an 8-inch barrel and pistol brace.

The 10mm handgun cartridge has had a bit of a cult-like following for several years now, and while it can be a bit snappy in a handgun, is perfect for a PCC (or AR-15 pistol). Last year we helped bring news to the table of a different AR-15 manufacturer bringing one out, but production has stalled on it as the company makes an attempt to move to a more gun-friendly neighborhood for their manufacturing purposes.

Stag fell behind the curve, and CMMG decided they’d give it a go and are currently shipping these 10mm pistol caliber carbines. You can currently order them at Brownells, if you’re in the market for a 10mm boomstick. You can watch our SHOT Show 2020 interview video on the 10mm AR-15 Pistol, here:

They also just announced their 5.7X28 conversion kit with a 40 round magazine and a radial delayed blow back upper that will work on any standard AR-15 lower receiver. This year, by the way, is truly the year of the 5.7X28 as numerous manufacturers released products for it this year.

Do either of these products excite you? Let us know in the comments below.