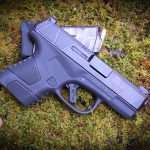 Mossberg MC1SC Review — Mossberg shocked the gun industry earlier this year with the announcement and release of their 9mm striker fired pistol, the MC1SC. We were there at SHOT Show when it was released and were one of the first groups in the entire industry to fire it. While many folks were confused with […]