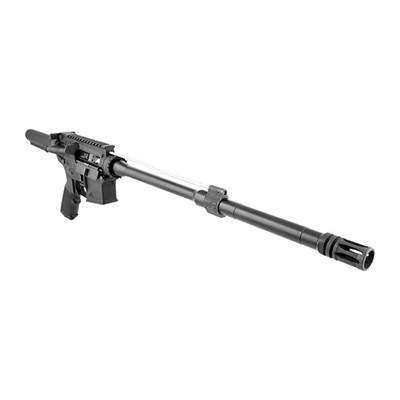 “Best budget gun” articles are a dime a dozen. My main problem with these lists is they often feature cheap guns, but they are typically not very good guns. I won’t name names but some guns are great if you want to load them, put them away, and never actually use.

If you want a gun you can depend on, shoot, and train with then this list of the top 5 best budget guns is for you.

First and foremost one of the most important guns you can own is a self-defense handgun. It can be used for concealed carry, home defense, and use in and out of vehicles. To me, if you can only own one gun this is the type of gun you should choose. The best budget guns you can buy and rely on are police trade-ins.

Plinkers are hardly the most important gun, but they are meant to be fun. Most plinkers are 22 LR guns. 22 LR is a dirty rimfire round that is inherently unreliable compared to modern ammo. As far as budget guns go these are the least important in many ways, but also some of the most fun guns.

A gun jamming every 3rd round is not fun. Budget 22s, especially pistols, tend to suck in terms of reliability. Reliable 22 LRs from companies like Ruger aren’t expensive in the grand scheme of things but are expensive as just plinkers.

If you want a plinking rifle or handgun for under $200 bucks then I have two reliable options for you.

The first is the Heritage Arms Rough Rider. This is a single action 22LR revolver modeled after the classic Colt SAA revolver. It’s simple, and as a revolver, it won’t jam and cause issues when you just want to shoot soda cans.

It’s a cheap gun, sometimes costing less than a hundred bucks. Most often you’ll see them for around 125 dollars for base models. Some come with different grips, barrel lengths, and even 22 Magnum cylinders for a bit more. 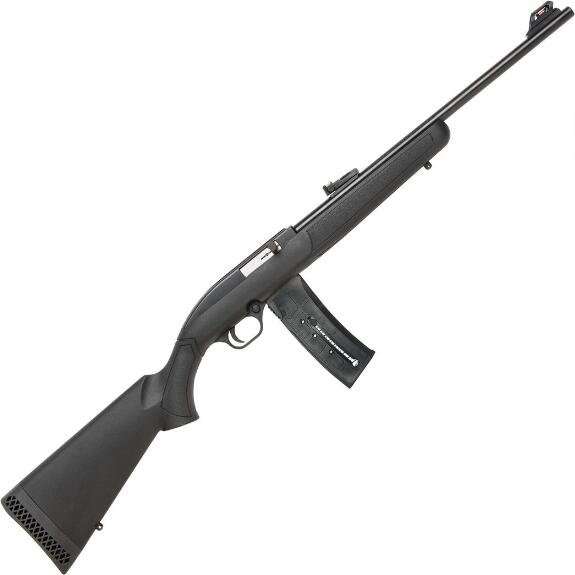 Rifle wise the Ruger 10/22 is cheap and reliable, but the Mossberg 702 Plinkster is even cheaper. This semi-auto 22 LR is magazine fed, accurate, reliable, lightweight, and fun. Plus it only costs a hair over a hundred bucks. They don’t make these anymore but can still be found.

Shotguns, even quality models, are typically very affordable. At least they are when compared to other guns. When we talk budget relative to shotguns we need to talk about the most affordable models. Some Turkish guns are great and quite cheap, but they are rarely cheaper than the Mossberg Maverick 88.

The Maverick 88 is a budget Mossberg 500 assembled in Mexico but backed by shotgun giant Mossberg. They are not only cheap to buy but cheap to own and repair.

Their parts are common and very cheap. The base model variant with the 18.5-inch barrel is super cheap, and the security model with its 20-inch barrel and 8 shot tube run for right around 200 bucks.

Keep it simple and don’t go for the folding, or top folding stock models, or the PGO models. A standard Maverick 88 will be more affordable, and more reliable.

Rifles are another major category, but because the semi-auto rifle is by far the most popular rifle in the United States I’ll stick with those specifically.

More specifically, I’ll go with America’s favorite rifle the AR 15. Lots of okay level budget rifles exist, and maybe you can build a budget gun yourself, but it’s easier to buy. Building requires tools, like punches, an AR wrench, an 80 lower jig for some. Building a gun is more fun, but buying can be a lot cheaper.

My choice for the best budget AR-15 would be an Aero Precision OEM Mid-Length rifle. These guns come without stocks and fore-ends but are less than 500 bucks. A quick and simple handguard and cheapo M4 style stock and a set of irons and you’re ready to go.

Yeah, you can go cheaper, but it’s hard to find this level of quality on cheaper ARs.

Budgets Guns and You

Every gun listed here likely has an even cheaper alternative out there. I’ll admit right now, you can likely buy an AR-15 for 300 bucks, a shotgun for a buck twenty, and a handgun for $199.

The guns listed above are proven to be reliable and well made, and they excel at not being junk.

For every guy on every forum proclaiming their 300 dollar AR has ran 20k rounds without being cleaned there are ten guys trying to figure out why theirs can’t feed a full magazine, or last an entire class.

You can buy cheap guns, or you can buy reliable budget guns. Cheap guns save more money at first, but reliable guns will eventually pay themselves off.