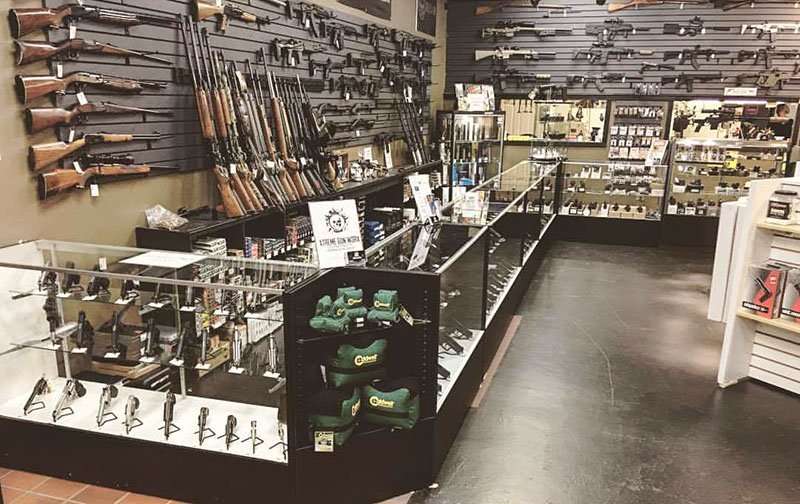 Everyone is an expert in their own mind. Much in the same vein, almost every gunshop I’ve ever been in has given out advice that was questionable. Before I move on, let me tell you a bit about me so you know I’m not full of bull manure.

I’ve been working for the gun industry in one form or another for about six years now. I’ve served as managing editor to a couple different gun publications, concealedcarry.com is where I’m currently fulfilling that role, and have even helped a friend in need out at a gun shop on more than one occasion.

I own this fine gun blog, a small ammunition distributorship, and a handful of other gun-related businesses.

More than that, believe it or not, I also clearly find my way into gun stores from time to time for my own guns.

Because of this, I’m always in ear shot, eavesdropping if you will, of all the advice given by well-intentioned folks percevied as “gun experts” just because they work at the gun shop.

Nothing could be further from the truth. In fact, many gun store employees don’t know much about guns besides makes and models.

A gun shop doesn’t make the employee an expert any more than my garage makes my truck a hot rod. I may tool around in it with my HEMI, but it’s still only a Ram 1500, not a big block Chevelle.

I have heard some advice given that would choke an elephant.

Some of this advice is just stupid, other things on this list are just downright dangerous.

Buy her a revolver

This is the one I’ve heard more often than the others, and I get it. I really do. In theory, a revolver is easier to operate than is a semi-auto pistol.

But, let’s think about the main reason why people are saying to buy your wife, girlfriend, mom, whatever, a revolver: It’s because they’re not strong enough to rack the slide.

But, here’s the thing, and this is what many people don’t understand: A lot of the time, if a man or woman cannot rack the slide on a semi-auto pistol due to a lack of strength chances are good that this person will also lack the finger strength required to pull the trigger on a double action revolver.

That may or may not be true for your loved one, and that’s why it’s super important to let your girl pick out her own gun. Don’t assume that you know, because trust me, you don’t.

I learned this one the hard way after I fell for this shoddy advice when I bought my wife a little snubby 38 special revolver that she couldn’t hit the broad side of a barn with. She couldn’t put the squeeze on the trigger without moving her entire arm.

She shoots my Springfield EMP 4 flawlessly, however, and can manipulate the slide with ease, so that’s her gun.

The proper response to this is to show that person the proper method to rack the slide and the proper way to shoot the gun. Anything else can be a recipe for disaster.

This video by my good buddy Eve Flanigan shows how to rack the slide for weaker individuals:

Rack your slide on the shotgun (empty chamber)

This is another one that I hear quite often, and it boggles my mind, really. They say that all an attacker needs is to hear the slide/pump on your shotgun, to send them running in the opposite direction.

You know the sound, right? Ka-Chuk!

Here’s the deal, though … you make a huge assumption when you think any of the following:

There is no guarantee any of those are true, and it’s never safe to assume when your life is on the line.

This is one that is outright dangerous. Never assume that your attacker will run away for any reason because sometimes their give a damn is just busted and they just don’t care.

Why? Maybe because he/she is just looking to get high and that’s the only thing on his or her mind. Bottom line, you don’t know, and you may not have the time to actually get a round in your chamber to find out.

No need to aim with a shotgun

This one blows my mind for real, and is another one that is downright dangerous advice. This one is largely dependent on how your specific shotgun is set up and choice of ammo. But, know this, the average shotgun at a hallway length will only spread out to about a grapefruit in size.

What this means, is that you do need to aim your shotgun to at least some degree.

When people describe how a shotgun spread works, they make it sound like there is some magically wide spread that happens and that the pellets/shot will just find their way to your attacker.

This isn’t always the case. And, really, why would you want it to be? If the spread is that large you run the risk of someone else getting hit by your shot which is clearly also not good. 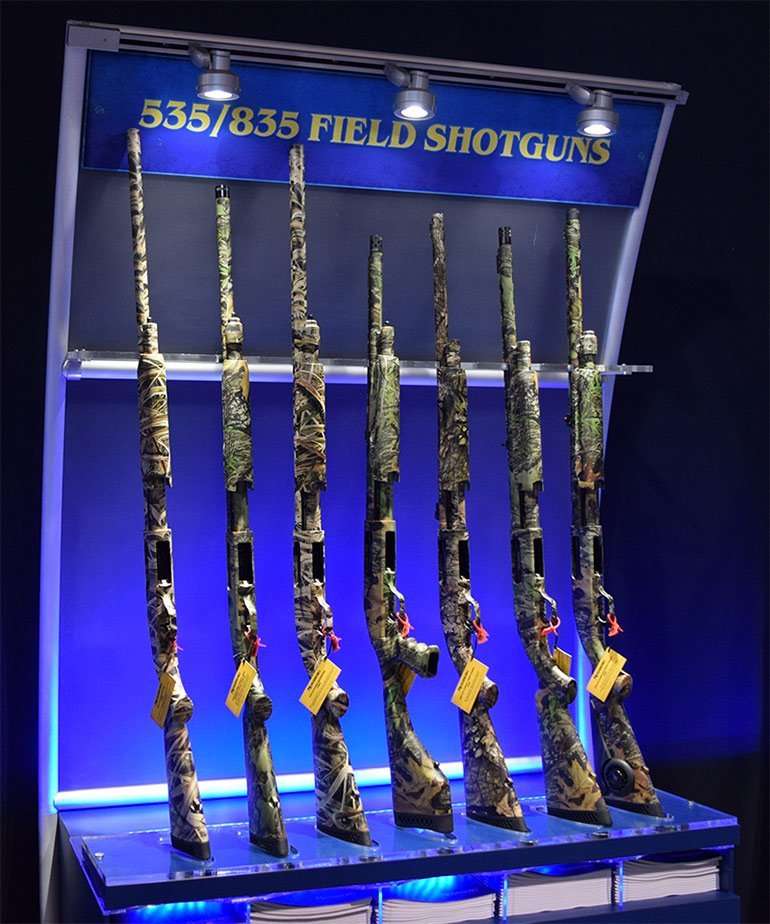 You should always do your best to get on target, no matter what. Granted, every situation is different, but do your best.

If you can’t see well buy a Judge

I heard this one once and I about shat a brick. This is clearly not just bad advice but dangerous. This person was seriously vision impaired as in glasses only helped show shapes and outlines. The person couldn’t drive a car.

So, the gun store employee thought it a good idea to recommend a Taurus Judge because with .410 buck shot, they’re more likely to hit their target.

I’m not sure what the right answer is here, because I’m sure your situation is nothing like mine, but if you aren’t even sure that the thing you’re seeing is an intruder, you shouldn’t be shooting at it.

I suppose there is something to be said about a belly gun. In other words, someone is right on top of you trying to molest you, kill you, whatever. Sure, I suppose there is a very narrow application there. Just as long as we’re clear that you’re not having a showdown at the OK Corral with it.

A 38 special is more effective because it’s longer

This is advice I was given once, and I just kinda looked at the guy, nodded my head, and then walked out of the store. This can be true, but isn’t always.

Don’t get me wrong here, .38 special is a decent round. You can see our .38 Special ballistics, here. I carry a .38 revolver from time to time, and think it’s a great round. I’m not bashing on it.

However, telling someone that because the case is bigger, the round must be more capable of stopping a threat, just isn’t always true.

Can it be true?

Sure, but .38 Special ballistics are similar to 9mm ballistics are, which is much shorter. There are many reasons why this is, but it goes much further than how much powder you can fit into a case, like case wall thickness, pressure ratings, etc.

This one isn’t dangerous, just stupid.

Pick this caliber because it’s best

The truth of the matter is that the caliber wars are a myth. None of the modern cartridges are better than the others on anything but paper.

Once you look at actual ER stats, as well as other things like successfully stopped bear encounters with 9mm, you’ll start to come to the same conclusion.

I was in a gun store once that didn’t carry any .40 s&w guns. When I asked why I was told it was because the owner believed .40 to be obsolete.

Whether or not they’re obsolete can be debated on another day. Their effectiveness against bad guys, however, cannot be disputed.

And, none of the other modern, mainline centerfire cartridges can have their effectiveness disputed, either. This includes .380, .38, 9mm, .357, .40, 10mm, 45, and a few others. They are all sufficient as long as the shooter practices with them.

This one isn’t dangerous, but is still stupid.

Spend this much on your gun

This one just irritates me. I went into a gun store with a dude I know when he bought his first gun. I won’t say what the gun was, but suffice it to say that it was a cheap gun.

One of the gun shop employees turned to me and said outloud in front of the guy, “why didn’t you have him buy a real gun?”

Strange thing, is that this is a real gun that goes bang with each pull of the trigger and he hasn’t had any issues with it to my knowledge. Is it something I’d buy? No. I did tell him why but it’s what HE liked. Who am I to bash on that?

He shoots it well, practices with it, and is reliable. Who am I to tell him what to buy?

And here’s the thing, and I know I’m about to blow some minds here, all guns fail from time to time, and I don’t care who makes it.

Here’s a novel idea, instead of being a colossal Douche Canoe, why not explain that because the guide rod isn’t made of metal these guns are more prone to failure? Don’t just prove to the guy/gal that many of the more experienced gun owners out there are D-Bags.

I’d hate to say it, but the same is true on the internet forums and social media pages. There are too many asses scaring away new people. Just stop it.

This one is only dangerous to new gun owners thinking we’re all idiots.

Only buy a Glock

I wish I had a dollar for every time I heard someone behind the counter at a gun store try to talk a buyer out of a Beretta or a CZ or any of the others. I’d be rich. Well, I’d have at least 15 extra bucks in my pocket–anyway.

Glock makes great pistols. But, just because you have an abundance of them doesn’t mean your customer wants to buy one. They aren’t the best for all shooters.

To some people there are just other guns that feel better in hand, and whatever that person shoots best, is what that person should carry on their body for self-defense.

It really is that simple.

And, I’m about to really blow your mind here … I don’t own a single Glock pistol. I just don’t have a need for one right now and I don’t care if you lose respect for me over it.

This one isn’t dangerous, just idiotic.

.22 should never be used for self-defense

There is a time and place for everything and that includes pistols chambered in .22.

Would I personally carry or recommend that someone carry a .22 caliber gun for self-defense? Not normally, no.

However, there are some guns out there that are great for this purpose, like the CMR 30. The CMR 30 is the kind of gun that’s good for recoil sensitive shooters and the magazine holds 30 rounds of .22 magnum.

Have you seen the ballistics on the .22WMR cartridge?

That little sucker is cruising.

Have you ever heard something in a gun shop that made you scratch your head a bit? If so, let us know in the comments below.