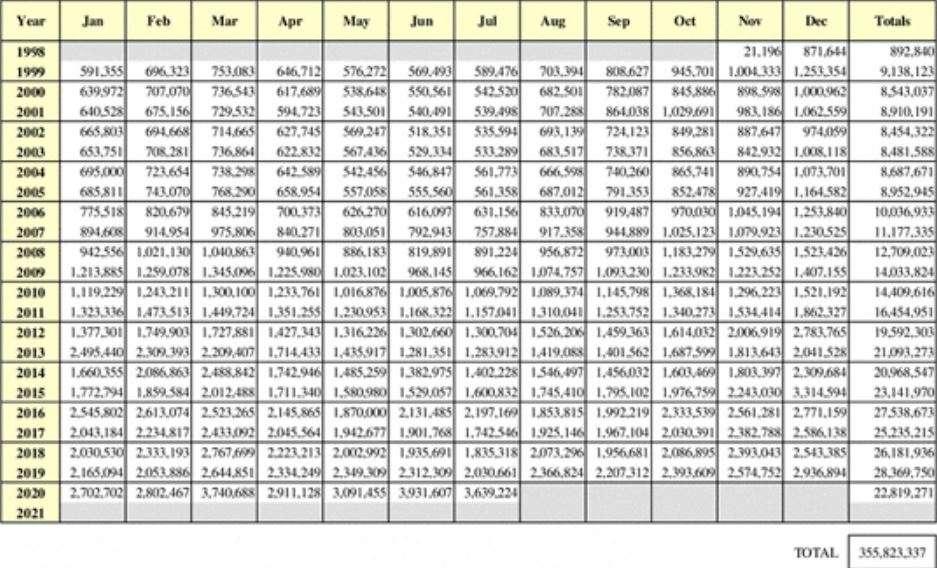 The year 2020 is going down in history as a record breaking year on many different fronts. One of those fronts is the number of guns sold. Another front is the number of new gun owners added to the fold in a single year, which is a harder number to figure out.

That’s a lot of guns.

It shouldn’t be a surprise as to why this is, we’re a mess right now. People are afraid of much these days which is driving more people to buy guns and ammunition than ever before. And the thing on the minds of most people are the riots being allowed to take place in the streets with largely deflated police presence in some of these areas.

According to the FBI.Gov website’s background check chart (pictured above) more than 3.6 million background checks were performed last month alone. And, Not only that, but that’s the third highest number in one month ever, and is only behind two other months taking place this year.

North Carolina where I live, for example, is one of those states. We underwent a background check to have our concealed carry permit and we can use that permit to buy new guns.

The highest year on record to date is 2019 with more than 28 million NICS checks done in a year. If we continue on at the pace we currently are, we’ll break that record in two months before the Q4 shopping season even starts.

Of course, we’ve got an election year and all of my industry friends who own gun-related businesses are absolutely booming right now. All this just to say that we may break another record in November or December for the most NICS checks done.

At this point, only time will tell.

Check out my picks for the best snubby revolvers, here.