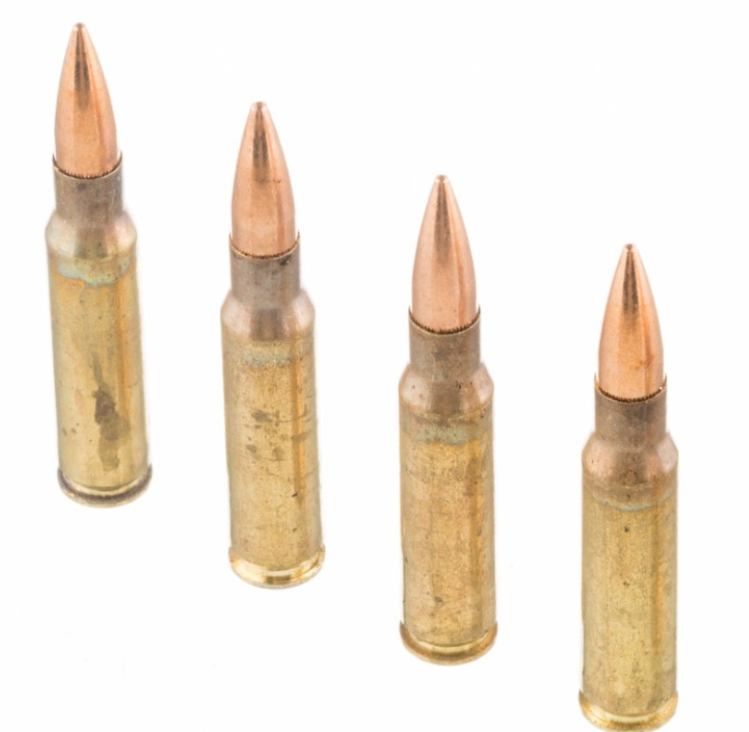 The 7.62 NATO cartridge casing is reloadable after the cartridge has been fired or spent with various combinations of primer, powder and .308″ diameter bullets.

In 1954, the 308 Winchester cartridge would be adopted by NATO. The military version of the 308 would be known as the 7.62 NATO cartridge, which is important to note because the cartridges are a little different.

Maximum cartridge pressures for the 7.62X51 are slightly reduced over the 308 Winchester pressures.

During the 1940s and early 1950s several experiments were carried out to improve on the M1-Garand. One of the most common complaints was the limited capacity en-bloc clip and many experimental designs modified the weapon with a detachable box magazine.

The test program continued for several years, including both the original .30-06 Springfield round and a modified 300 Savage (then known as the T65).

In the end, the T65 cartridge demonstrated power roughly equal to the original .30-06, firing a 147-grain bullet at 2,750 feet per second but was approximately .5 inches shorter. The eventual result of this competition was the T44 rifle.

The T44 was adopted as the M14 in 1957. The M14s would later go through several variations intended to either limit fully automatic selection through semi-auto version or selector locks or improve control with bipods and/or heavier barrels.

The cartridge is still used both by infantry and on mounted and crew-served weapons mounted to vehicles, aircraft, and ships.

My old, issued Marine Corps M240 Golf, the replacement for the M60, is one of those machine guns chambered in 7.62 NATO.

For 7.62X51 and other rifle cartridge ballistics, make sure you check out our chart by pushing on that link.