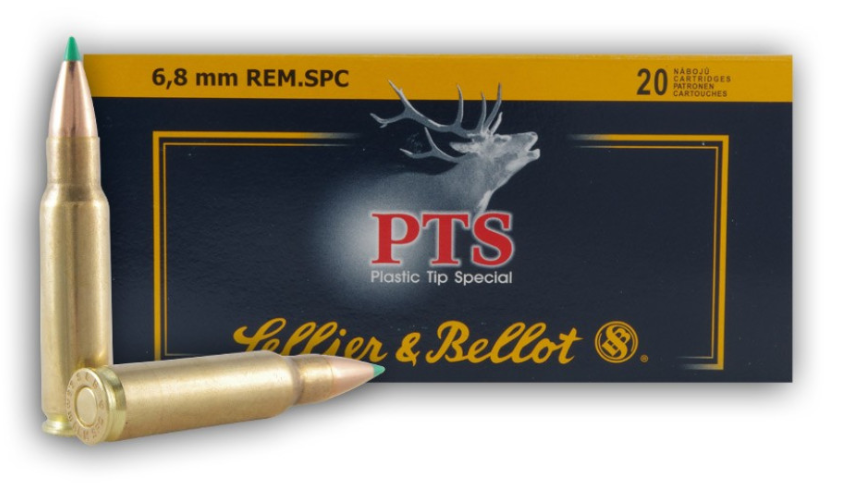 Remington began to develop the 6.8x43mm back in 2002 and is officially introducing it to the public as the 6.8mm Remington SPC. Initial factory loadings were with a 115 grain bullet with a ballistic coefficient of .344.

The 6.8mm Remington SPC has a bullet trajectory almost identical to that of the .308 Winchester using 125 – 150 grain bullets, less chamber pressure than the .223 and fits into the M16 magazine. In addition to any role the 6.8mm Remington SPC will have as a military cartridge, it may well have or establish a small following as a hunting cartridge for small- to medium-size game at ranges out to about 250 yards.

Remington has already chambered and sold rifles for the 6.8mm Remington SPC in their model 700 SPS in which it is sporting a 26″ length barrel with a 1 in 9″ twist rate. Recoil for this cartridge in this sporting rifle is very low and quite manageable.