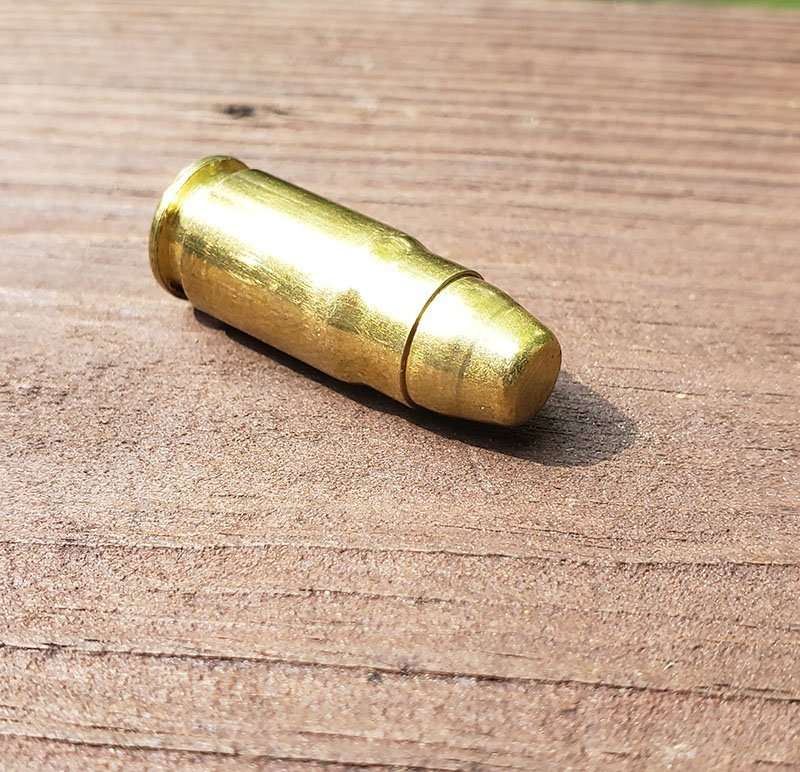 Here is a 357 SIG ballistics chart with the above stats, expanded. This is a Federal Premium 125 grain 357 SIG fired from a 4 inch barrel.

The following ballistics chart assumes a 125 grain Federal HST hollow point. This is a 357 SIG fired from a 4 inch barrel.

In other words, the 357 SIG is a very potent handgun cartridge capable of delivering some serious energy on target.

To prove my point, let’s compare something —

The 357 SIG and 380 ACP are two totally different cartridges that were never meant to be compared to each other. Yet, I find myself unable to resist. The 357 SIG has more energy at 100 yards than the 380 ACP does at the muzzle.

When people ask what the purpose of the 357 SIG cartridge is, that’s as good of an answer as any.

The 357 Sig cartridge was designed by Federal and SIG Sauer in a joint venture. It was then introduced to the public in 1994. The sole purpose of this bottle-neck cartridge design was to create a larger case capacity to launch standard 9mm bullets at a higher velocity.

This increased velocity came with the side affect of increased muzzle blast over 9mm, but is overall a more potent round.

SIG and Federal wanted to replicate the performance of the 357 Magnum revolver round, but in a semi-auto platform that was geared toward law enforcement.

While the round has its cult following, it never really gained the wide following it deserved.

The cartridge did not disappoint. They achieved the ballistics they were after, and did it by shortening and necking down a 10mm cartridge to accept a 9mm projectile.

But it had some issues, which prevented it from reaching what it could have been.

Until this point, I’ve made the 357 SIG out to be a saint. This is the end all cartridge and all others suck, right?

I’d be remiss not to mention some obvious points about what actually sucks about the 357 SIG pistol cartridge. First and foremost is the cost. The cost of this stuff is effing atrocious. Even before the ammo shortage this ammo was not only harder to find than the other common semi-auto calibers, but about twice as much as 9mm.

Another downside of the 357 SIG is the extra wear it puts on your guns. It tends to wear guns out faster than most other calibers do, and it shouldn’t be surprising. Sometimes those bullets are screaming at close to 1,400 feet per second. That’s nothing to sneeze at, and the internals of guns don’t like it much.

It just wears guns out faster.

The 357 SIG fills a niche role very well. It produces very impressive ballistics and is a capable cartridge. However, it is expensive and hard to find, especially right now with the ammo shortage we’re currently in.

Though its following is big enough that it’s around to stay for a while longer.