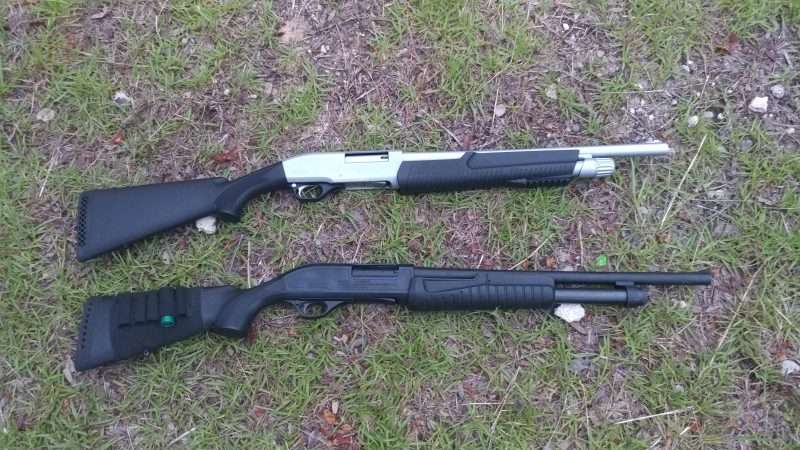 I’m someone who has frequented a local gun store on one or more occasions, and have even worked at gun law seminars when I lived in Pennsylvania. Some of the stuff I’ve heard gun owners and gun shop employees say is enough to get someone in trouble if they actually believe this nonsense.

Something I’ve spoken about quite often are home defense shotgun myths that are just mind blowing and these are the things that I’m hearing from people.

The Ku-Chak!! Sends Intruders for the Hills:

Uh, no. Not exactly.

Here is the truth of the matter:

Any bad guy who is going to forcefully enter your house is likely there to do you harm. And, even if he wasn’t there for that purpose, like if he was there to rob you, he may be inclined to hurt you so you can’t identify him in a lineup.

While the sound of you racking the slide on your pump shotgun may deter a criminal, it may not and could pose a problem.

The second dangerous point, is that if you’re pumping the slide on your shotty, it must mean that you don’t have a shell already loaded.

The problem here, is that you’ve just reduced your round count by one, in an already limited weapon.

What if there are two bad guys? Three? Catch my drift? Bad guys tend to travel in packs and the saying that there’s strength in numbers is true for people and ammo. The more ammo you have the better off you’ll be against more people who are already at an advantage.

Also, technically speaking, if you have to pump the shotgun’s slide to chamber a round you’re not ready for a home-defense encounter. Why? Because your gun isn’t loaded. What if the baddie is in the same room with you and you need a second or two to gather your thoughts and pump the slide just to get into the fight?

Since he’s already awake and in stalker/hunter mode … you’re screwed if you have to chamber a round.

The bottom line to this, is that it is never a good idea to assume anything in your home-defense strategy and always be as ready as you can be for intrusion. You don’t control anywhere near as much as you want to.

Also, don’t assume that the intruder cares if he’s shot or even that he knows what the sound of a slide sounds like.

No Need To Aim:

This is another one that’s got me shaking my head big time every time I hear it. This myth spurs from the idea that because a shotshell has many pellets inside of it that spread out, that there is no need for the defender to aim at the attacker.

This is ridiculous on so many levels even if there is some truth to it. The true part, is that yes there are pellets inside and yes they can spread out. That part is physics to some degree.

But there is so much more that goes into it than that, and once you hear it for the first time you’d end up bashing your head on the wall wondering how you missed it for so many years.

A lot goes into it, like how the shotgun itself is setup with barrel length, choke, etc., as well as the type of shot you’re using. But, for the average shotgun, at the average length of a hallway, the spread will not get much bigger than a grapefruit.

This means that you must aim your shotgun or you could end up missing your target, or worse, hitting a person you didn’t intend to hit.

All guns should be aimed, and there is a reason why people hunt animals with shotshells. Because they’re accurate enough to get the job done within reason.

This last one is going to catch some heat from at least some of you, and that’s okay because I don’t really care. If I can help at least one of my readers understand this then it’s worth it.

The number of people who use bird shot or even clay target loads in their home defense gun, the thing that’s supposed to protect them, is asinine.

Hear me out on this. Bird shot can do some damage to an attacker for sure, but only at extreme proximity. But if your attacker is rushing at you, or has his own gun he’s just pulled out and is more than 10-12 feet away, you may just piss him off unless you get lucky.

Bird shot just doesn’t create anywhere near as much damage to stop a mad baddie from an attack.

If it did, do you know what hunters would do with birdshot? They’d hunt deer. But they don’t because it is ineffective against big animals like deer (and humans).

Bird shot lacks both the velocity and size to really do anything but create flesh wounds, potentially upsetting the person even more.

Always double check who you listen to and always take everything you hear with a grain of salt. You never know what idiocy people are spewing, and this sort of stuff can really get you into trouble if you’re not careful.

Check out this buyer’s guide for home defense shotguns, next.