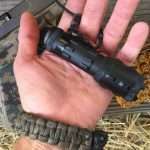 Most violent crime happens after dark. As a gun owner, you’re responsible for every projectile that leaves the muzzle. In some situations, lighting up an area with a weapon-mounted light is risky even negligent. It’s only logical, then, to own a good tactical flashlight—preferably more than one. A firearm kept for protection should be accompanied […] 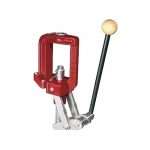 The center fire rifle cartridge is a type of rifle ammunition that has a bullet as a projectile that is fired from a breech loading rifle. The interaction between rifle bullet and rifled bore are termed as internal ballistics. The action of the bullet once leaving the rifle barrel is usually refereed to as external […] 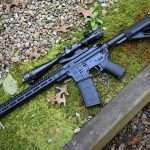 Everybody’s got an AR-15. They’re a dime a dozen, and if you don’t own at least one you may want to question your enthusiasm for our industry as a whole. My latest assessment comes in the form of one of the finest AR-15s I’ve ever had the pleasure of toting to the range. And trust […] 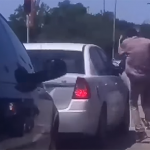 The common human response to crime is usually something along the lines of: “I can’t believe that happened in this town.” Or, “why me?” We see it all the time on the news. A journalist interviews a witness or local after any serious crime, and the answer is usually the same, or something very similar to […]

We keep hearing many gun owners from … END_OF_DOCUMENT_TOKEN_TO_BE_REPLACED

CZ USA is the U.S. based subsidiary of CZUB, a … END_OF_DOCUMENT_TOKEN_TO_BE_REPLACED

Memphis, Tennessee -- There were about 10 … END_OF_DOCUMENT_TOKEN_TO_BE_REPLACED

Elmore County, Alabama -- A man is in … END_OF_DOCUMENT_TOKEN_TO_BE_REPLACED