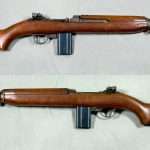 The 30-30 Winchester centerfire rifle cartridge is a .30″ caliber, rimmed, bottleneck cartridge case design and reloadable. Rifles chambered in this round have a barrel bore land to land diameter of .300″ and a bore groove to groove diameter of .308″. Common barrel rifling twist rates for the 30-30 Winchester are; 1 in 12″. Common barrel lengths for the […] 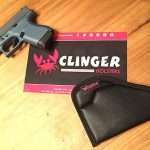 Here is a Comfort Cling Review: Seems like every week there’s a new concealment holster on the market. Many fall short of expectations for both seller and buyer for being uncomfortable to wear. Others lack sufficient retention of the gun or protection of the trigger guard, and are thus unsafe. But there’s a new clip-less […] 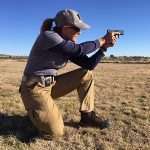 As a bona fide range rat, teaching classes and doing gun and gear reviews on a weekly basis—I’ve long been frustrated with the lack of choices and features in so-called tactical wear. That changed in summer 2017 when the Propper company, of St. Louis, provided samples of their summer weight shirt and pants. In these […]

Ned Roberts created the wildcat cartridge, the 25 Roberts, in the 1920s. In 1934 Remington introduced the .257 Roberts rifle cartridge. They were experimenting with the 25 Roberts, and wanted to produce it commercially. Because of this they had to make changes to the case itself. The original cartridge was 7X57mm necked down to a […] 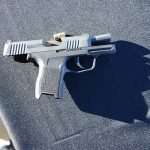 Every year, the National Shooting Sports Foundation hosts the annual Shooting, Hunting, and Outdoor Trades (SHOT) Show. The show allows the gun industry to showcase the newest firearms and related gear. SHOT Show just ended last month in Las Vegas, Nevada, where it’s been held for several years. The following is just a few of […]